Senator Gets A Little Liberal with the S-Word

From the too little, too late department, Senator Carl Levin repeats the S-word, quoting an eternal memo from Goldman Sachs at a financial regulations hearing. While chastising the financial services behemoth long after the start of the financial crisis that their practices helped create is one thing but running with 'sh*tty' is another.

In the immortal words of Beanie from Old School:
"I'm just trying to make a point, Frank. You don't have to celebrate it."

At a hearing on financial regulations, Levin quoted an internal Goldman Sachs e-mail that described an investment nicknamed Timberwolf as "one sh---y deal." Levin accused the company of pushing it on clients despite its possible "sh---y"-ness.

How many times did Levin drop the phrase? Watch the video and see:

'Anchorman' Sequel Still a Possibility According to Director

"Why don't you go back to your home on Whore Island?"

If you recognize these lines and have been wondering when you can get more Ron Burgundy goodness then there is hope on the horizon. Director Adam McKay has been trying to secure the possibility of an 'Anchorman' sequel by contacting the actors who've blown up since the original release.

"It's a tricky movie because everyone went and did really well after it, so everyone's prices went up and everyone's time got a little more valuable. But at the same time, graciously, Steve and Paul and everyone agreed to cut their price to come and do [the sequel], which you don't see very often in Hollywood — and cut their price substantially. But even with that, it's just a budgetary thing with Paramount in terms of how much they'll give us to make it."

Simpson Addicted to Nicorette, Brushes Teeth 3 Times a Week and Other Odd Stuff

By any standard, Jessica Simpson, is still pretty attractive, physically anyway, and presumably can still sing up a storm but as it's been well documented she's not the brightest bulb around. Now from her recent interviews on the 'Tonight Show' and the 'Ellen' show she is apparently a little weird as well. Jessica Simpson visited the Tonight Show Tuesday night where she told Leno that she is addicted to Nicorette despite having never smoked a cigarette. She said she had been chewing it and put it on her water bottle before she came on set.

Ellen asked Jessica why she only brushes her teeth three times a week.


"My teeth are so white and I don't like them to feel too slippery, but I do use Listerine and I do floss every day," Jessica said. "But, I don't brush them every day. I'll use a shirt or something. I know it's gross but I always have fresh breath. It's really weird, but I have great breath."

After drafting JaMarcus Russell as the first pick in the 2007 and becoming the worst such pick since Ryan Leaf went second in 1998 the Raiders have probably finally come to their senses and are reportedly ready to release the quarterback.

So maybe Lane Kiffin was right in protesting the selection of Russell after all.

As JaMarcus Russell struggled through the worst statistical season for an NFL quarterback in more than a decade, Oakland Raiders owner Al Davis preached patience.


It appears that even Davis may have finally given up on his young quarterback.

With last weekend's trade for Jason Campbell, the Raiders seem ready to close the door on the exorbitantly expensive and unproductive Russell era in Oakland.

The only remaining question looks to be if they cut ties with the former No. 1 overall pick before this weekend's mandatory minicamp begins, wait until training camp, drag it out until final roster cuts or even keep Russell on the roster for another season as a backup. But his days as a starter are likely over.

Look, I can appreciate a renewal of one's love and commitment to one another in marriage but every year? That's what Mariah Carey and husband, Nick Cannon, have been doing since their wedding in 2008. 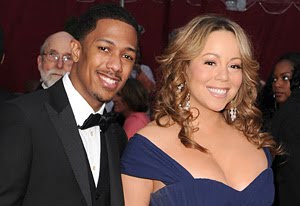 "I encourage everybody to do it. If you are happy and in love, celebrate it!" Cannon said Friday on his New York radio show. "Don't everybody do that? Don't, like, Heidi Klum and Seal do the same thing every year? It's just something fun to celebrate."

The pair's anniversary is Friday, and Cannon said the two will exchange gifts along with vows. "[My gift is] something very thoughtful and it has nothing to do with money," he said.

Cannon, 29, and Carey, 40, wed on the songstress' Bahamian estate and returned there last year for their renewal ceremony.