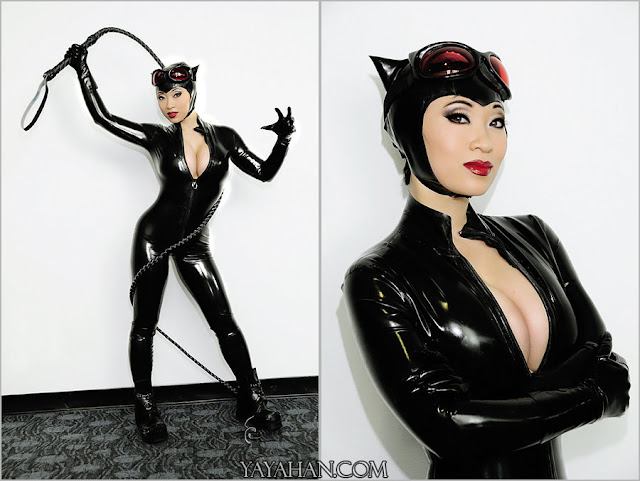 If you've ever been to a convention you've surely seen hardcore fans dressed up as their favorite comic book, anime, horror, sci-fi, gaming, or fantasy character. The quality of the costumes tend to run the gamut from costume shop to converted pajamas. Cosplayers may not always look as fit and as sexy as the characters they're playing but such passion transcends authenticity. However, in the case of the fascinating Yaya Han she has the skills of a costume designer to make authentic-looking outfits and frankly, the body to meet the implausibly drawn measurements of comic book heroines.

The multi-talented Han was born in China and raised in Asia and Europe. She's traveled the world and brought her love of cosplay to cons with her. She's a costume designer, model, cosplayer, artist, and writer. Her love of anime and manga resulted in penning her own manga. She takes cosplay seriously as each costume is designed and made herself. She's based out of Atlanta, Georgia currently but still travels to cons to promote the legitimacy, creativity and passion of costume play.

Visit her website for tons more information and gorgeous galleries. Here's just some samples of her work:

Why I chose to make this costume:I saw the Sideshow Collectibles statue of Scarlet Witch based on Mark Brooks' artwork in person at San Diego Comic Con 2009, and from that point on I wanted to make the costume. I love the color red and the design of the suit was playful yet confident and I liked that in this version Scarlet Witch isn't wearing a full pink bodysuit underneath her costume. I like The Avengers and Wanda was a good character for me to dress up as. 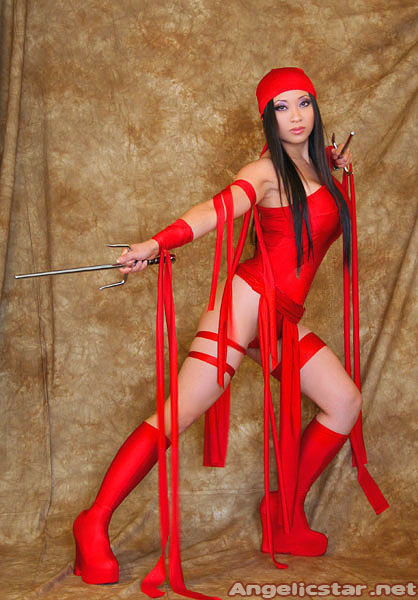 Why I chose to make this costume: I was asked to join the a big Marvel Zombies group at Dragoncon 2007, so I hastily made an Elektra costume! You'll see the zombie pictures at the bottom of this page. For the regular Elektra (before my bodsuit was all ripped up and I was zombiefied), I used Greg Horn's gorgeous art as reference for my costume. 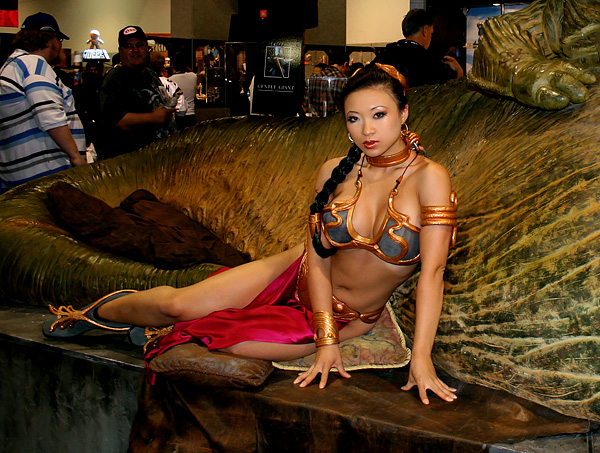 This is the only costume in my costuming gallery that I DID NOT make. I decided to put up a gallery here for Princess Leia only because the photos were snapshots taken at San Diego Comic Con and not do qualify to be in a modeling gallery. The convention setting with it's booth displays and attendees make it impossible to do a real photoshoot. 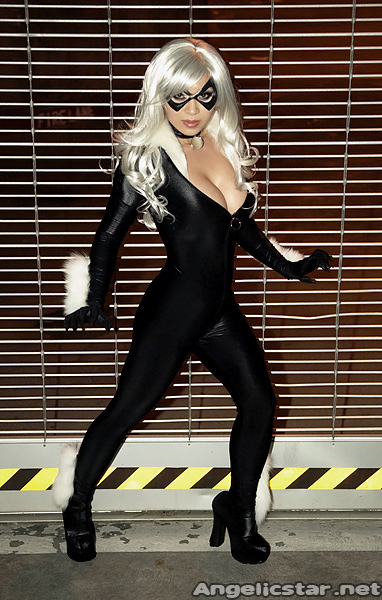 Why I chose to make this costume: I really like the character of Felicia Hardy, a.k.a. Black Cat. She knows what she wants and goes for it! The look of the character is also stunning. I love silver/white hair! For Florida Supercon, where I was a Guest, I wanted to have a new comic book costume to wear and Black Cat seemed like a good choice!