Email ThisBlogThis!Share to TwitterShare to Facebook
The Race for Man of Steel Scoops Gets Fishy 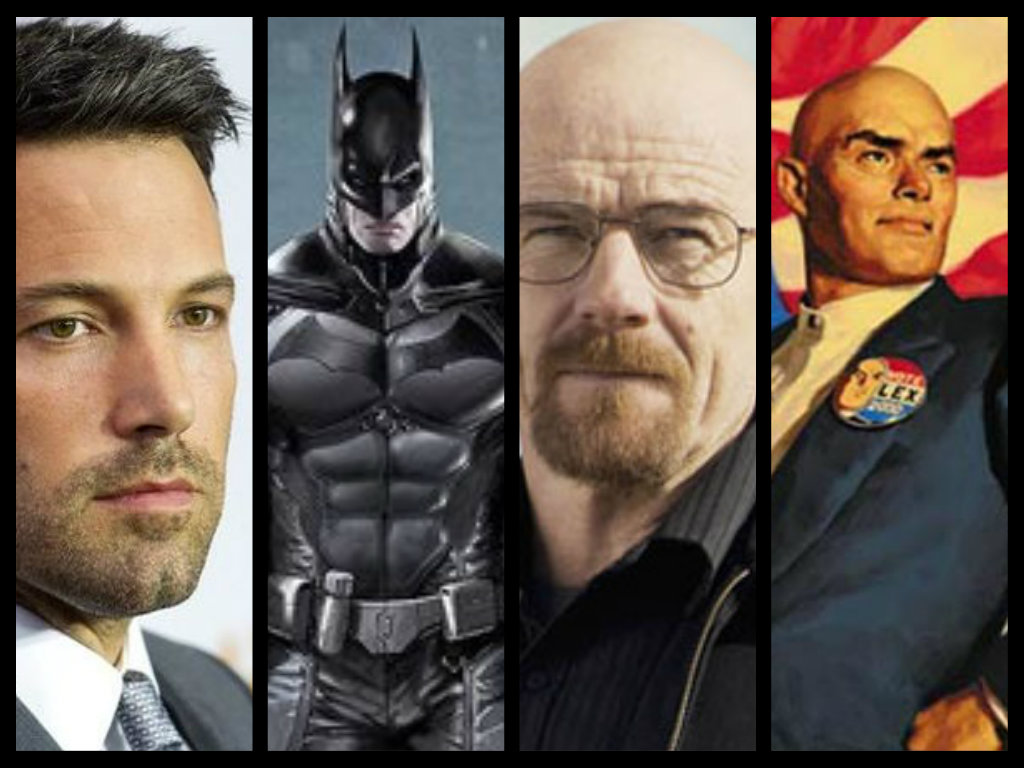 One of the hottest movie news stories in entertainment continues to be Warner Bros. planned sequel to Man of Steel under the working title 'Batman vs Superman'. It's natural for entertainment publications, blogs, and websites to clamour for the latest scoop in whatever detail, even minute ones, to boast about to draw page visits on their respective sites. After the enormous success of the reboot to the Superman movie franchise and subsequent announcement at the San Diego Comic-con of its sequel to feature Batman the rumors and speculation began to fill the internet, including from us. The studio recently revealed it had chosen Ben Affleck to play Batman and that caused a firestorm of mostly negative reactions on social media. Focus has turned to other casting, specifically the role of Lex Luthor.

Superman's iconic nemesis provided some easter eggs in Man of Steel. His name appeared on a skyscraper and an 18-wheeler setting the stage for speculation on his involvement in the sequel. Again short lists of actors were bandied about on the internet including the brilliant star of AMC's Breaking Bad, Bryan Cranston. Who you could arguably state has been playing a version of Lex on television. The conniving, manipulative, dangerous, chemistry teacher-turned-drug kingpin, Walter White, shares a bald head and a brilliant mind with the megalomaniac Luthor. An obvious choice perhaps and it lead to some online chatter:

Actor for Lex is so painfully obvious/on the nose, u wouldn't believe me even if I told you. Hell, I don't believe it myself. Take a guess?
— elmayimbe (@elmayimbe) August 8, 2013

FANBOY BLIND ITEM: Which superhot actor finishing final season of hit TV show who also was in 2 films for WB is up for juicy badguy part? :)
— elmayimbe (@elmayimbe) August 8, 2013


FINAL CLUE FOR Y'ALL FANBOY KNUCKLEHEADS WHO CAN'T TAKE A HINT: This actor played a bad guy (embarrassed that he did) on the POWER RANGERS.
— elmayimbe (@elmayimbe) August 8, 2013

"El Mayimbe" from Latino Review had Cranston as the favorite to get the role back on August 8th. It gained some attention from mass media but without confirmation from Warner Bros. the story remained in the zeitgeist along with the other popular contender, Mark Strong. Until recently when an obscure website, Cosmic Book News,published a report that Cranston"has been cast as Lex Luthor in what is said to be at least a six "appearance" deal...and may be as high as ten."

A great scoop indeed for any site but especially for a minor player not known for breaking comic book movie news. The report dated August 22, also mentioned some interesting but fishy details. Affleck is allegedly signed on for "13 appearances" as Batman and that DC is considering Matt Damon for the role of Aquaman or Martian Manhunter. The internet already mocked the Affleck/Damon connection and I doubt WB has put that much thought in Aquaman since the elephant in the room has been the missing member of DC Comics trinity, Wonder Woman. How she doesn't get on the radar when it comes to discussing a Justice League movie is unforgivable. And how do you get 13 appearances from Batman? CBN credits a "source close to Warner Bros." as the source of these gems. Is it an executive? A producer? A janitor?

While it's fairly easy to draw a conclusion that Cranston will get the role especially after a credible site alludes to it, it's a different story to basically throw out wild baseless details without named sources. The worst part of all this is that legitimate mainstream websites have picked up on the story and are repeating the Cranston hire as truth based on the CBN report. E! Online, Rolling Stone, Daily Beast and Fandango published stories/blurbs about Cranston as Luthor yet they did not include any other detail from the report. They took it as gospel. And presumably so have readers. Apparently, you can usurp a scoop and add your own details to give it credence and publish it as your own.

Surprisingly, there doesn't appear to be much fact-checking from those regurgitating the report. I found it interesting that CBN only two weeks ago cited a "DC Entertainment source" dismissing Cranston as a candidate for Luthor. The same day El Mayimbe released those tweets. They also claimed that Batman would be in his '30s and not in his '40s as was reported by others. Ben Affleck is 41 years old. Something doesn't sound right. Was CBN desperate for page views that it manufactured a news story based on another site's scoop? It could explain why a website you never heard of suddenly is making a splash across mainstream press.

I understand that even the biggest pop culture publications and sites get stories wrong. Sometimes scoops don't pan out. As long as you get them right most of the time then you earn the trust of readers. I don't know if CBN is being shady or willfully misleading. My gut tells me something is amiss and I have no reason to give them the benefit of the doubt. It's the dark territory of the proliferation of entertainment blogs. I'd like more web traffic, sure, but I don't want to mislead the public to get it. Unfortunately, there are plenty of "thirsty" sites that will.