This past weekend the Museum of Latin American Art in Long Beach held the inaugural Southern California debut of the Latino Comics Expo. After appearing the last two years in San Francisco the founders decided to bring the Expo to comic book fans in Los Angeles. Javier Hernandez, co-founder of the event, stated that while Latino artists and writers attend huge conventions every year he wanted a smaller venue where they are celebrated and their works are the focal point. It also serves as an inspiration to young Latinos (and non-Latinos alike) that beautifully rendered stories exist that reflect their heritage with characters they can relate to. There was no shortage of talented independent creators of comic books and art.

Lalo Alcaraz, award-winning cartoonist and satirist, was on hand with prints of his most popular political cartoons and original framed works. His editorial cartoons appear syndicated nationally and touch on current social and political events with humor and poignancy. I was able to snag his last issue of Bongo Comics' 'Bart Simpson' where he contributed a story, "Bart Speaks Spanish". One of the most affable and accessible artists at cons or on social media, Alcaraz also gives back by reaching out to at-risk youths and appearing at community events throughout Southern California. 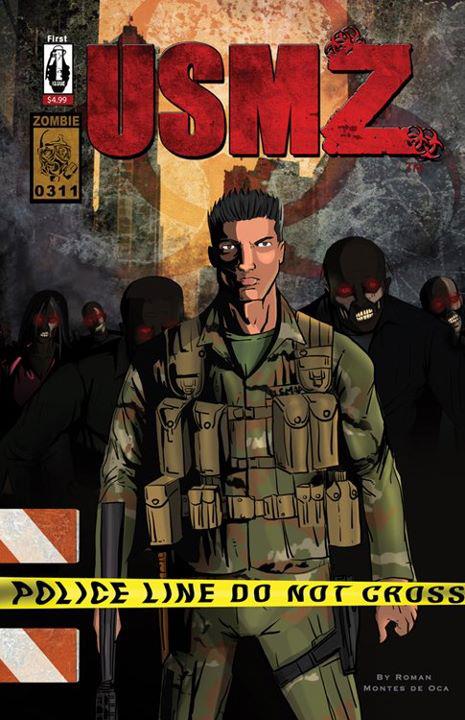 Roman Montes de Oca, creator of the self-published 'USMZ', had multiple posters, t-shirts and collector cards for sale from his comic book depicting a platoon of Marines returning from deployment only to find a zombie apocalypse has overrun the coast back home. A story that could serve as an allegory for troops returning home who are then left to fend for themselves after serving a tumultuous time at war. While zombie stories are especially popular right now, Montes de Oca offers a unique perspective, from the troops point of view, which is fitting considering he is a Marine Corps vet himself. He was very generous providing free collector cards and a promotional dog tag with purchase of his book. 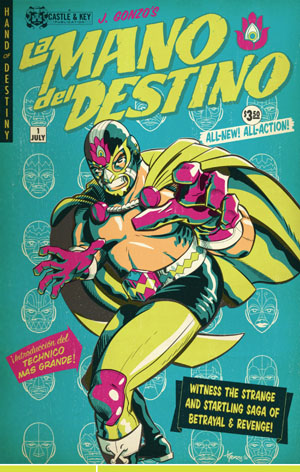 La Mano del Destino is a six-issue story which tells the tale of a once-champion Luchador – who, after being betrayed, agrees to a Faustian bargain in order to exact revenge upon his betrayers.

The California native serves up a wonderfully drawn revenge tale incorporating the rich history of Mexican wrestling, making it accessible to novices, and ratcheting the tension and action with every issue. Gonzo could easily make the transition to corporate publishers. This is someone to keep an eye on. Make sure to support him now on his way up. 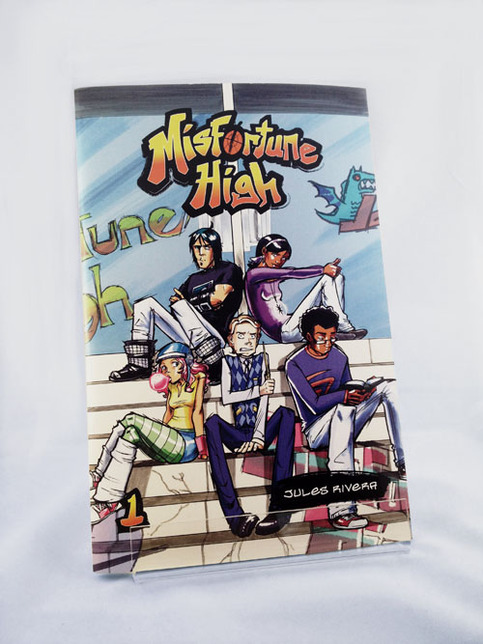 Jules Rivera is the logistics engineer turned storyboard artist who created the fantastically conceived 'Misfortune High' comic book. It spins Hogwarts on it's head with rich thoughtful characters in an urban high school of magic. A rich, spoiled kid gets expelled from a prestigious school and is sent to a magic school "on the wrong side of the tracks." This all-ages book was one of the highlights of the Expo. Rivera knows storytelling and it's evident in each panel. This one is highly recommended. 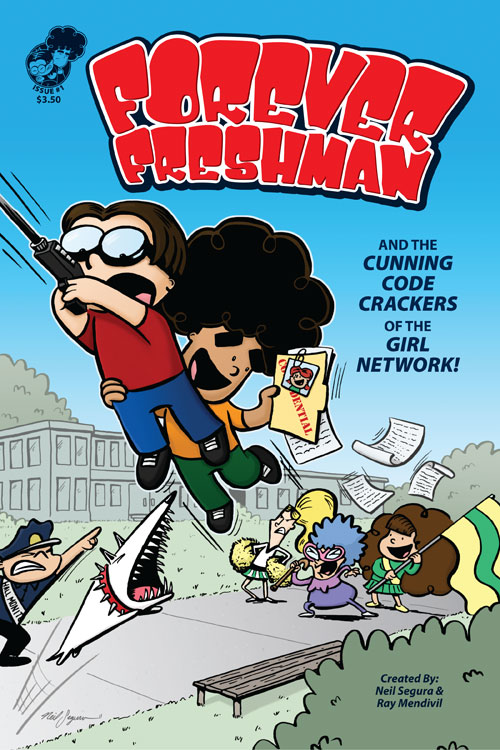 Neil Segura and Ray Mendivil have the potential to be the next Art Baltazar and Franco Aureliani. Like the Eisner-award winning duo of DC Comics' Tiny Titans, Segura and Mendivil have a similar style and sensibility for their characters that makes 'Forever Freshman' fun and charming for all ages. It is one of the most professional looking self-published books I saw at the Expo and certainly worth more than the cover price. (But don't let them know that.) Just do yourself a favor and support this talented up-and-coming team. 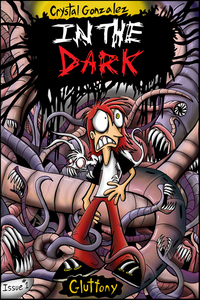 Crystal Gonzalez is the artist and writer behind 'In the Dark' and 'Trash & Clash'. If you like your stories dark, and I mean dark, then this is the book for you. It's suitable for older kids who don't mind blood and guts and enjoy R-rated Tim Burton-esque storytelling. Here's a synopsis:

It's about a guy named Fibble and his demon named Sin. In the story, Fibble accidently gets swallowed alive and sent to Hell by Gluttony (a demon with a caffeine addiction for coffee and a stomach full of man-eating worms). The overarching plot involves Sin (the demon of evils) trying to save Fibble from getting killed in Hell, on account that its consequences would result in causing a utopian universe (and we can't have that!).

Gonzalez is a freelance cartoonist and animator with a style all her own and 'In the Dark' is a quality adventure worth your time and support.

There were so many talented artists and writers at the Expo that it's hard to fit them all in one blog post. Please check the list of all the attendees and follow their links here.

Here are some more images from the event: