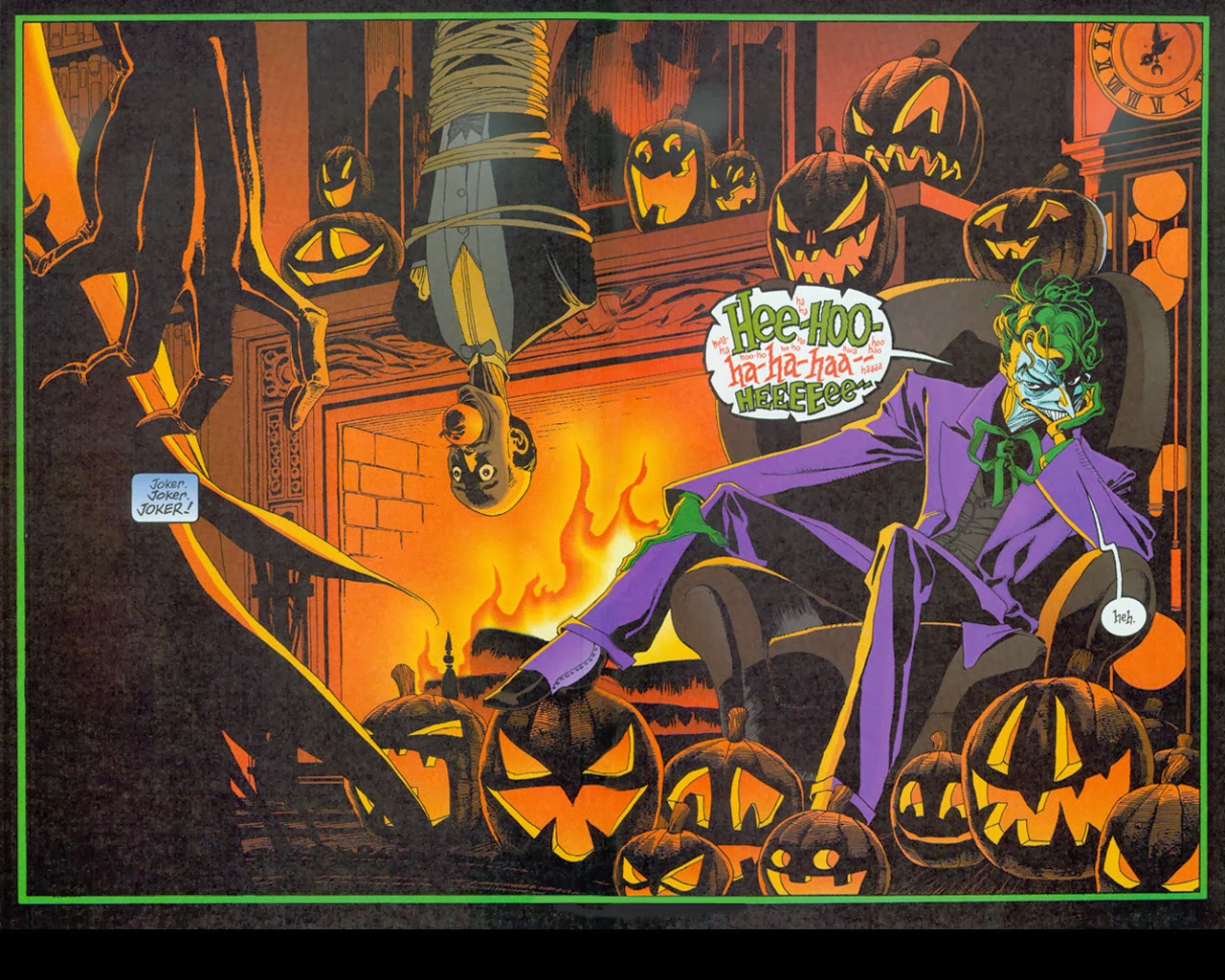 Marz Triumphant Return to the Book He Made Famous

RON MARZ RETURNS TO WITCHBLADE! Sara Pezzini has been a cop, a mother, a girlfriend, and a private investigator. She is none of those things anymore. The only thing tying Sara to her past and preventing her from forging a new chapter in life is the Witchblade. But with everything else gone, who will Sara Pezzini be if she gives up the Witchblade?

After being away for two years from the book he made famous, Ron Marz is back to give Sara Pezzini a fresh new life. She's not quite the same character he left behind but with help from artist Laura Braga has forged a new chapter that is ripe for fans both new and old. The once big city cop is now a small town sheriff on the trail of a mysterious killer.

Marz' writing is crisp, the dialogue flows naturally and the plot thickens as the issue goes on. There isn't much fat in the composition as the reader gets all the details needed, lean and mean and moves the story briskly ending with the desire for more as any good comic should. It feels as though Marz has discovered an old friend in Pezzini and the passage of time hasn't made them strangers at all. In fact he reinvigorates the character by placing her in a small town setting allowing for her to shine among the regular folks with her strong personality that even irks the mayor.

Braga's art is first class with great attention to detail and colors that evoke an almost neo-noir feel. The layouts are great and the transitions feel natural. Its what helps keep the story at a comfortable pace yet doesn't forget the little details. It seems like a perfect match between writer and artist.

Witchblade #170 is a great jumping on point for new readers and a welcomed return for long time readers. It's a quality title that deserve to be added to many a pull list. Grade: A. 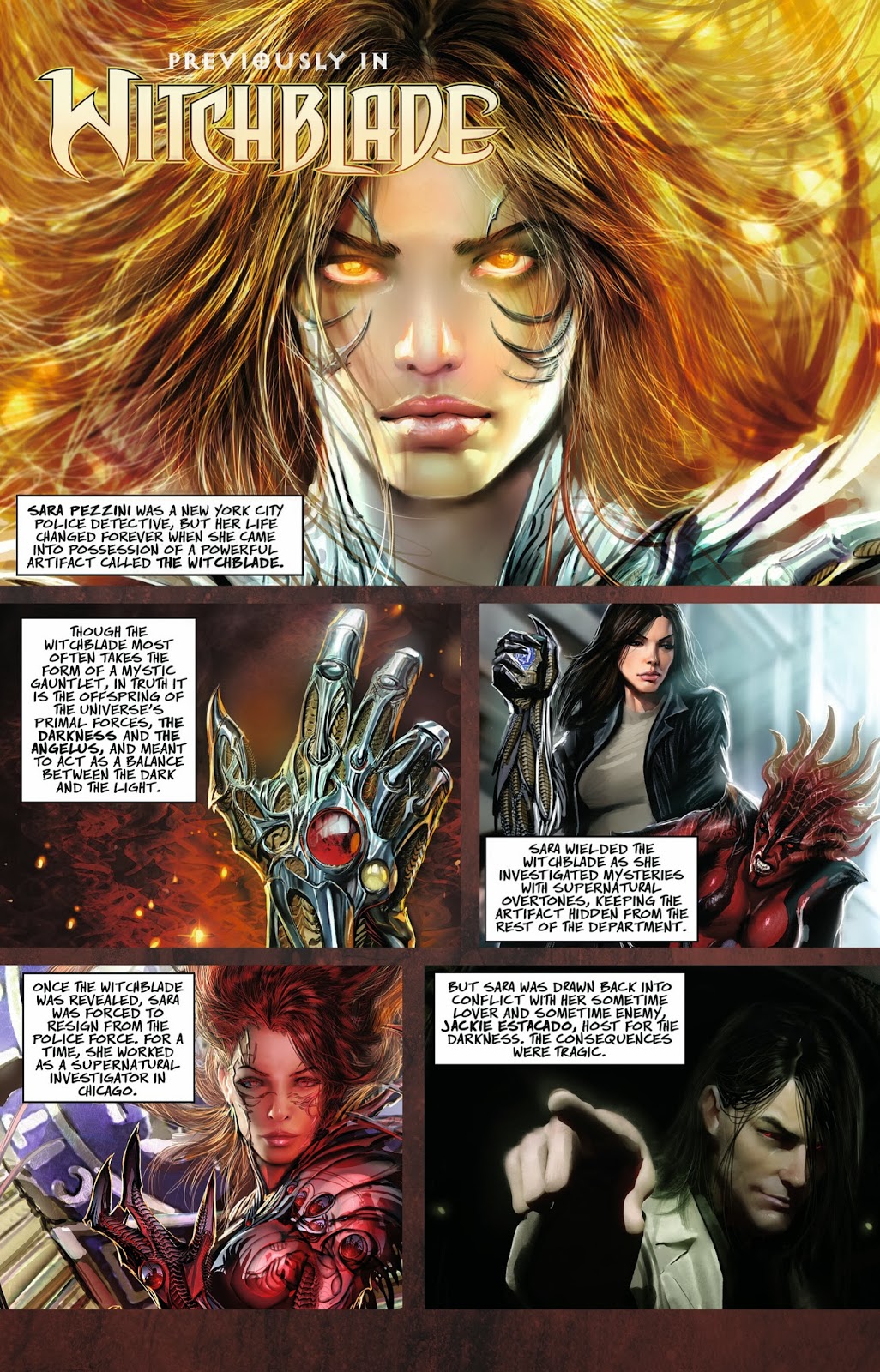 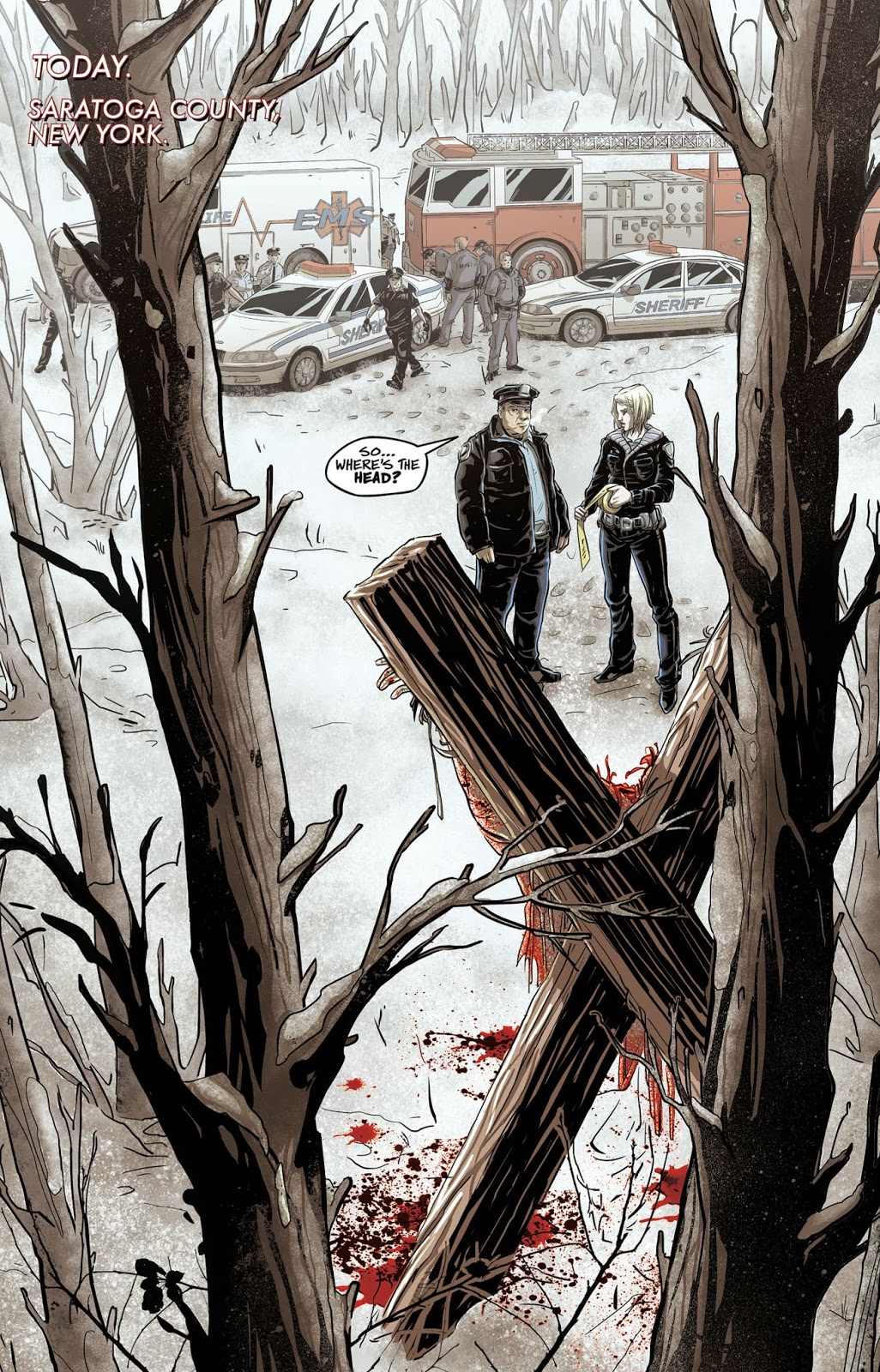 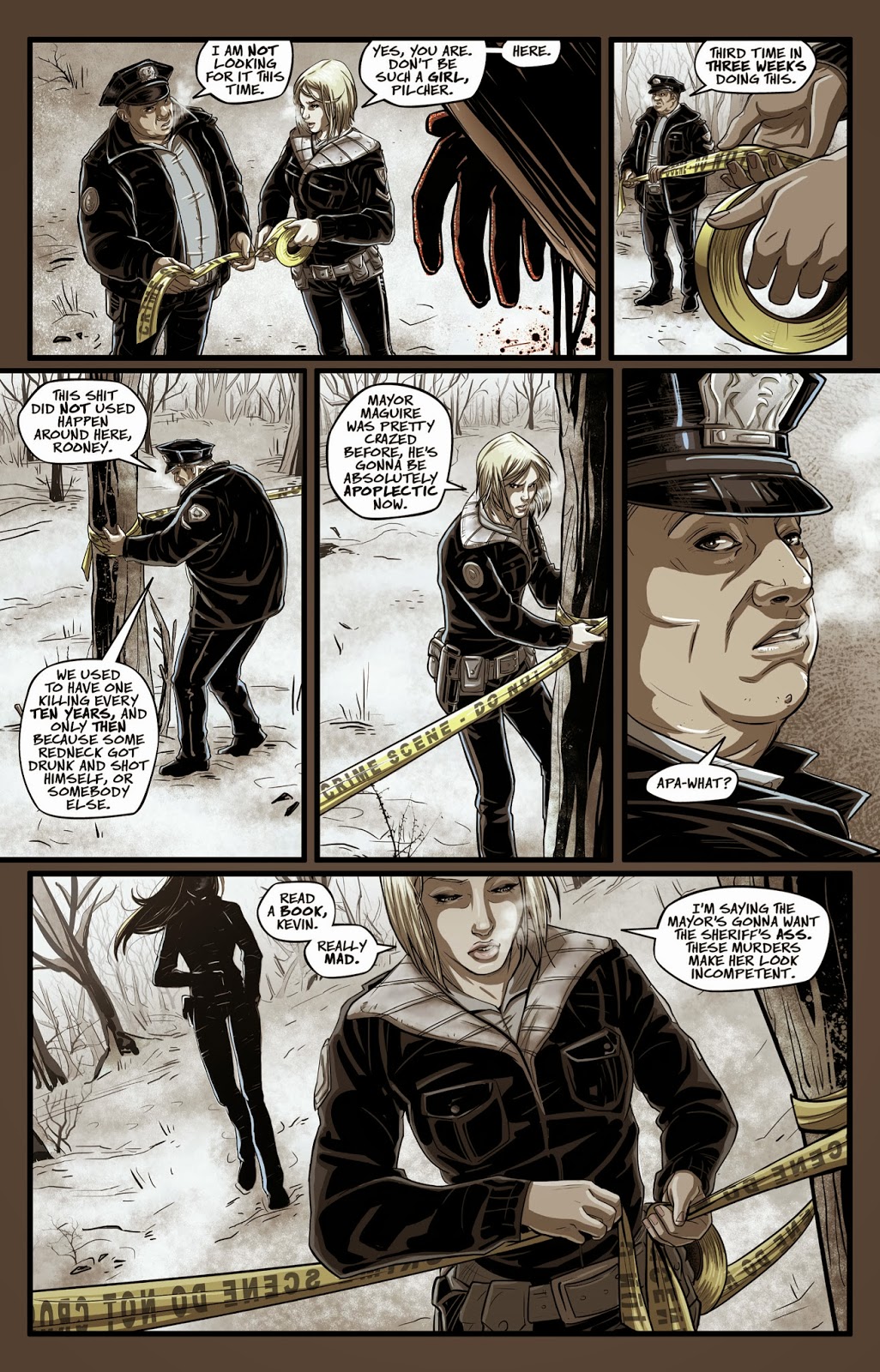 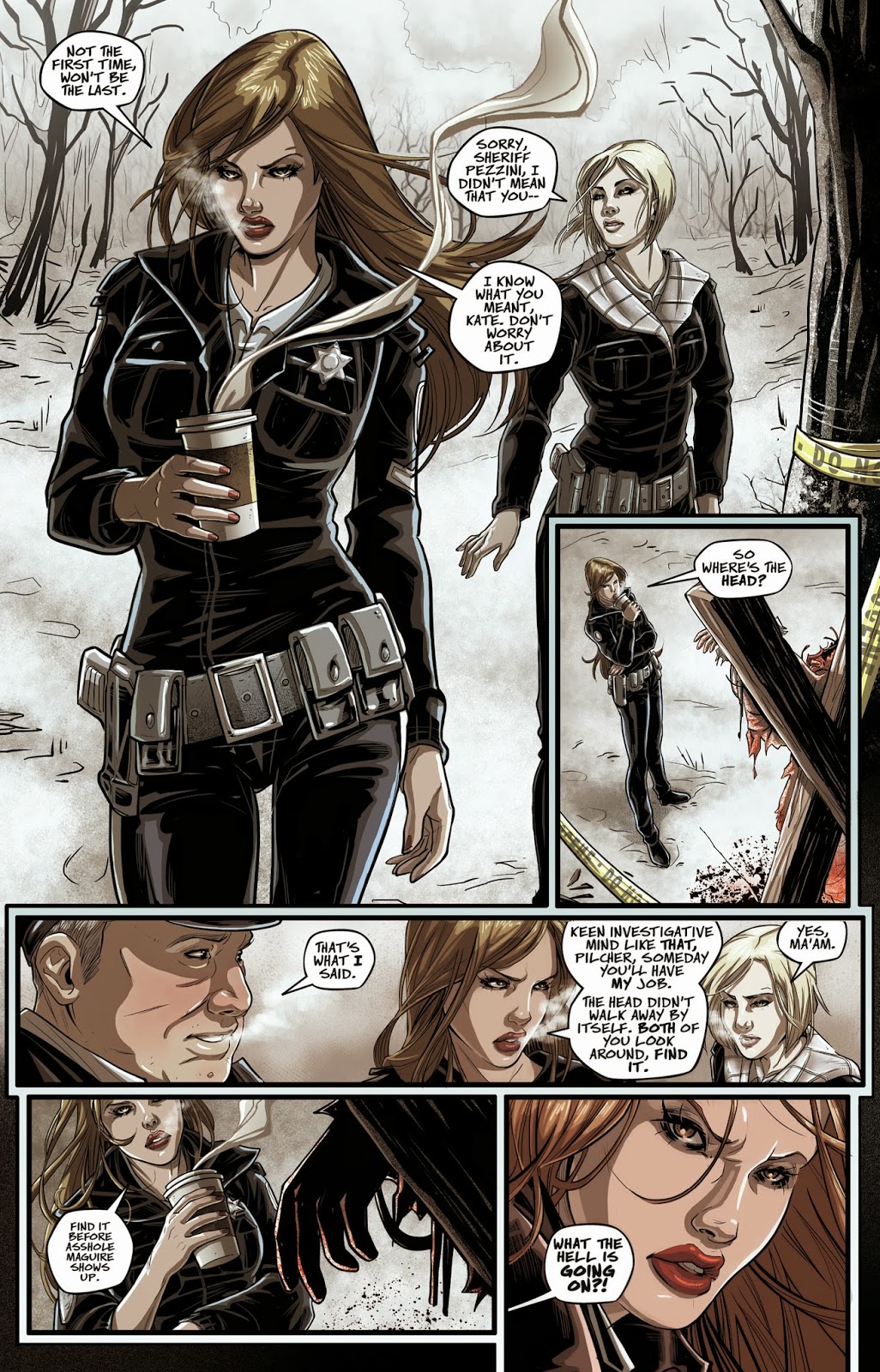 The Pop Culture Con is Bigger Than Ever 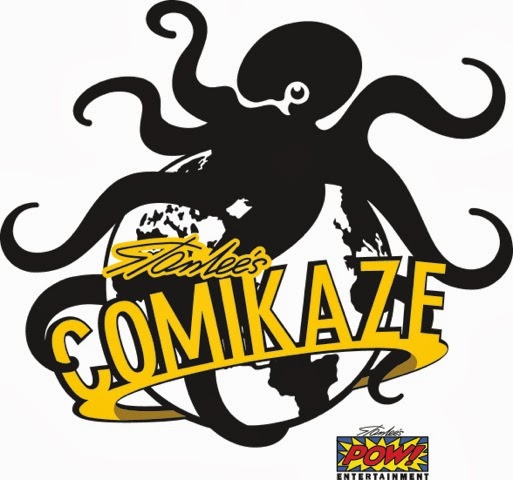 This weekend the Los Angeles Convention Center will be inundated with fans of comic books, sci-fi, horror, fantasy and all things pop culture at Stan Lee's Comikaze Expo. The fledgling convention is looking to make another giant leap in attendance in only its third year after attracting 45,000 people in 2012. It should be easy to surpass that mark with an ever growing list of diverse guests and attractions. The event is owned and run by Regina Carpinelli with partners, comic book legend Stan Lee and the Mistress of the Dark herself, Elvira (Cassandra Peterson).

Casts of Powerpuff Girls, Fangasm, Pete & Pete, and Comic Book Men will also be on hand.

Cosplay contest, gaming tournaments, 600 exhibitors and panels all weekend. The event runs from November 1-3, 2013. Kids 12 and under are free. 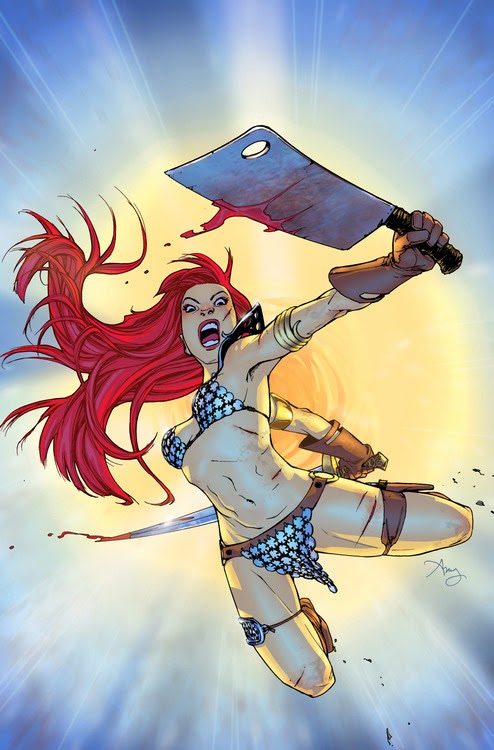 'Captain America: The Winter Soldier' Movie Trailer Is As Epic As You'd Hoped

Cap, Black Widow, and Nick Fury Return in the Next Marvel Blockbuster

After the cataclysmic events in New York with The Avengers, Marvel's "Captain America: The Winter Soldier" finds Steve Rogers, aka Captain America, living quietly in Washington, D.C. and trying to adjust to the modern world. But when a S.H.I.E.L.D. colleague comes under attack, Steve becomes embroiled in a web of intrigue that threatens to put the world at risk. Joining forces with the Black Widow, Captain America struggles to expose the ever-widening conspiracy while fighting off professional assassins sent to silence him at every turn. When the full scope of the villainous plot is revealed, Captain America and the Black Widow enlist the help of a new ally, the Falcon. However, they soon find themselves up against an unexpected and formidable enemy—the Winter Soldier. Based on the ever-popular Marvel comic book series, first published in 1941, Marvel's "Captain America: The Winter Soldier" is produced by Kevin Feige, directed by Anthony and Joe Russo, from a screenplay by Christopher Markus & Stephen McFeely, and stars Chris Evans, Scarlett Johansson, Sebastian Stan, Anthony Mackie, Cobie Smulders, Frank Grillo, Emily VanCamp and Hayley Atwell, with Robert Redford as Alexander Pierce and Samuel L. Jackson as Nick Fury. - (Marvel) 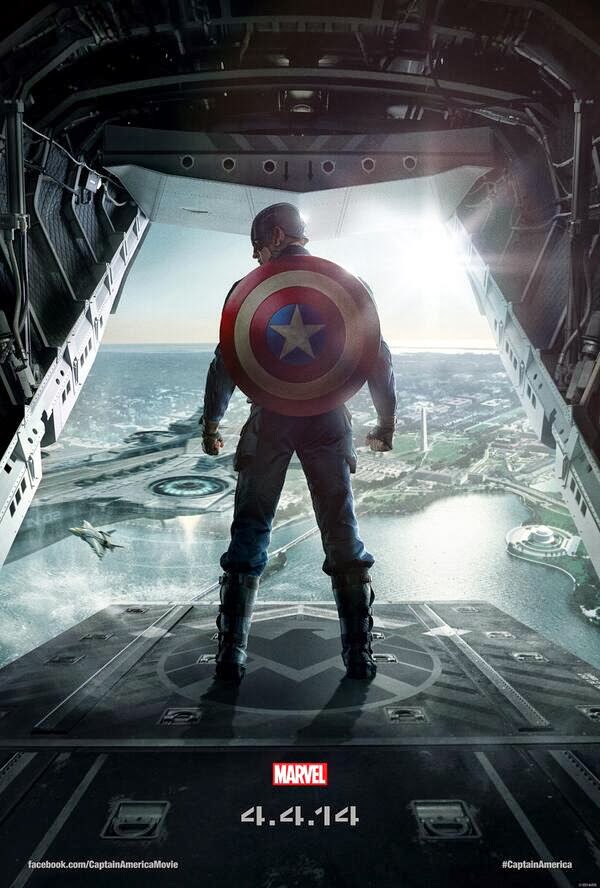 'Psycho' and 'Catwoman' Mash-up is Purrfect 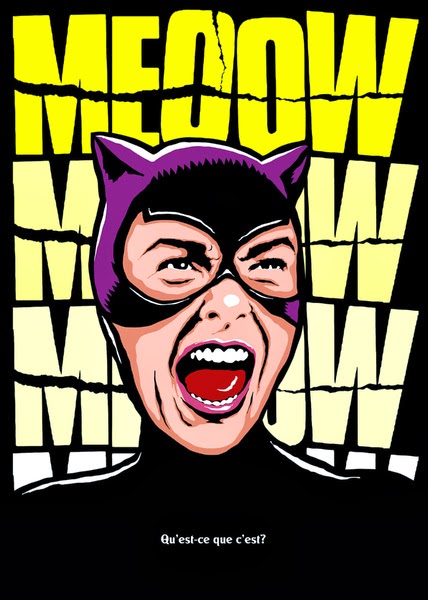 How Beautiful is This? 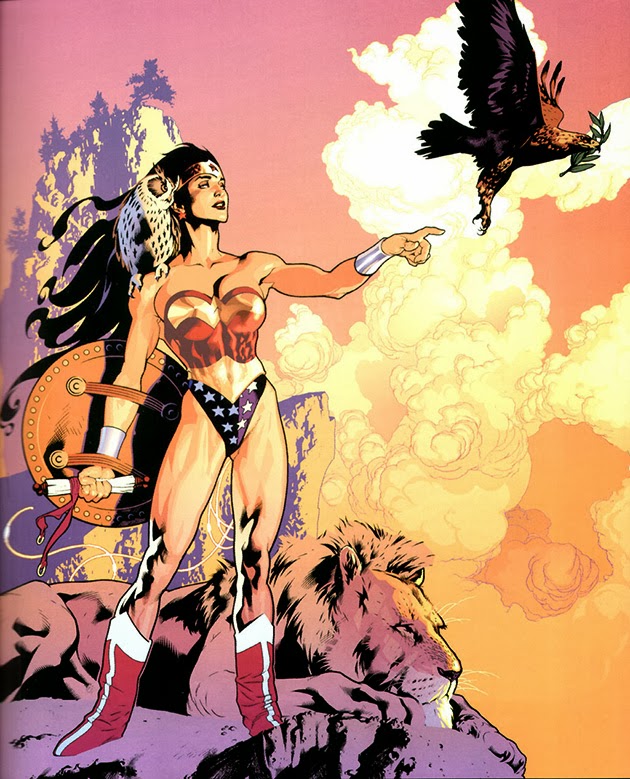 Bats is More than Reluctant to Join Forces with Supes 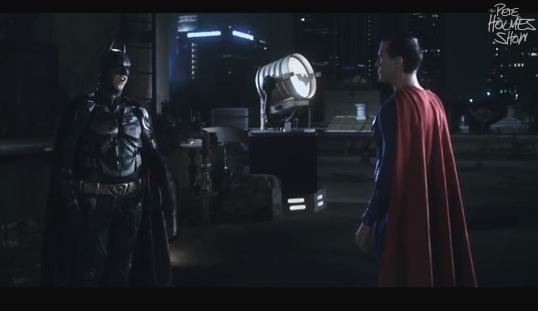 Comedian Pete Holmes along with College Humor is back with another hilarious Batman parody. This time Superman is looking to team-up with the Dark Knight but he is less than enthused at the suggestion. He gives Supes every reason why it wouldn't work and even Commissioner Gordon chimes in. Holmes, gravely voice and all, previously portrayed Batman in the 'Good Will Hunting' parody starring Ben Affleck as Batman.

Subscribe to Pete Holmes' YouTube channel to keep up with all his funny videos and catch his new show on TBS later this month.

Be sure to catch more on the upcoming "Pete Holmes Show." We premiere on October 28th after "Conan," and we'll be on weeknights at midnight/11 central. 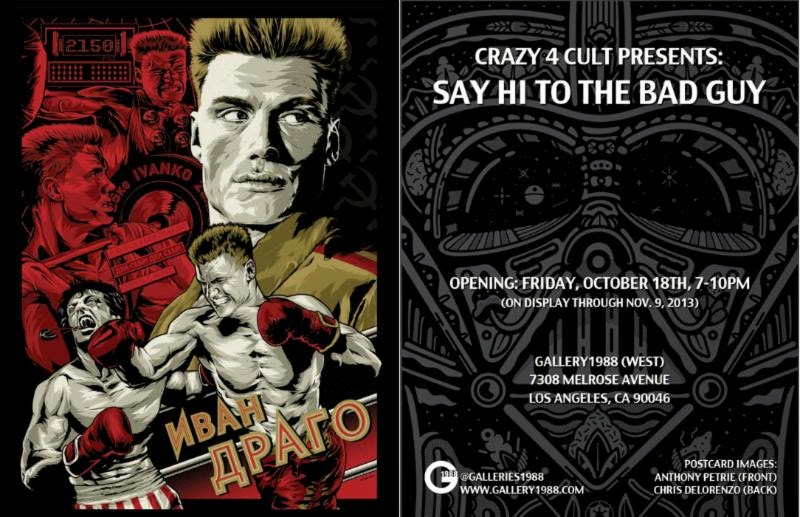 "CRAZY 4 CULT PRESENTS... SAY HI TO THE BAD GUY"
Friday, October 18th 7-10pm
This Friday night, October 18th, we open "Crazy4Cult Presents...Say Hi To Bad Guy,"
a show that will celebrate the unsung hero of Cult - the villain.
Over 50 artists have created paintings, prints, sculptures and plush
inspired by some of the meanest people ever seen in movies, TV and commercials.
The opening reception is TOMORROW night,
Friday, October 18th, from 7-10 PM at G1988 (West).
Join us, and many of the artists, in celebrating the characters who never get celebrated. This show will run through Nov. 9th. 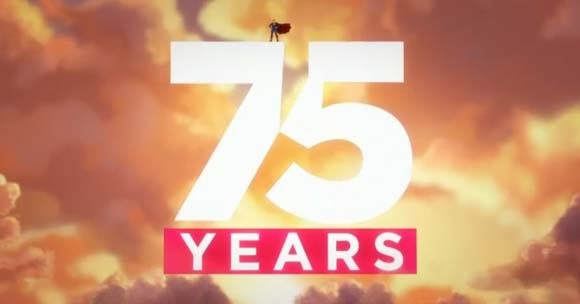 From the creative minds of Zack Snyder (Man of Steel) and Bruce Timm (Superman: The Animated Series) and produced by Warner Bros. Animation, this short follows Superman through the years, from his first appearance on the cover of Action Comics #1 to Henry Cavill in this year's Man of Steel...all in two minutes! After watching the short, be sure to check out DC Comics' official list of annotations: http://www.dccomics.com/blog/2013/10/... 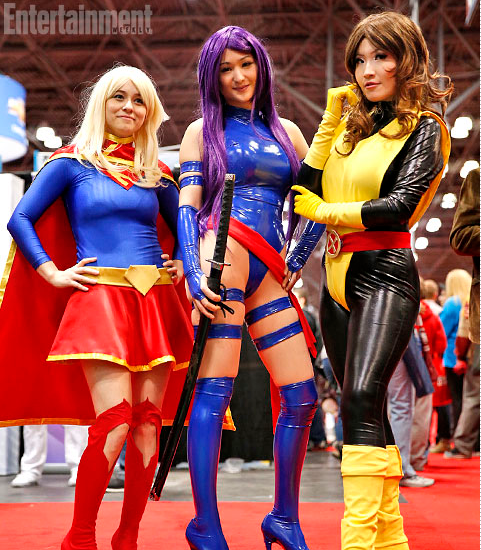 This past weekend New York was overrun by comic book fans and cosplayers. The new San Diego Comic Con of the East was in full effect bringing throngs of excited crowds to take in the panels, signings, merchandise, and atmosphere that only a comic book convention can. Among the thousands were superfans who are super talented in creating and recreating costumes of their favorite comic book and fantasy characters. I culled through some and chose a number of top quality or especially creative ones in this slideshow. Please enjoy.

A Comprehensive Look at 75 Years of the Comic Book Artform

Join host and narrator Liev Schreiber to explore the dawn of the comic book genre and trace the evolution of the characters and their ongoing cultural impact worldwide. Chart the progression from the first comic books born during the Great Depression to the television debut of Superman in the 1950s, to the emergence of superheroes who reflect changing social mores in the 1960s and 70s, to today's insatiable enthusiasm for superheroes embraced in all media and by all demographics. Featuring on-camera interviews with Stan Lee, Adam West, Lynda Carter, Michael Chabon and Todd McFarlane.

Check out these sneak peeks:

"I am the least scientific person you'll ever know." Stan Lee explains his efforts to provide semi-scientific explanations for the superpowers bestowed upon his comic book heroes.

Actress Lynda Carter, widely known for her role as Wonder Woman in the 1970's television series of the same name, discusses the character of Wonder Woman and what she stands for as a female protagonist.

Jim Lee reflects on how he first encountered comics as a child of immigrants to the United States.

The Streets of Gotham Will Never Be the Same 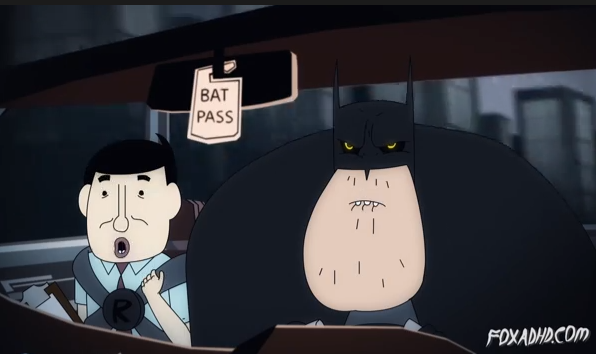 Animation Domination High-Def not only provides a block of cartoons for Fox but they love making creative memes, animated GIFs and fabulous shorts like this one. Batman has to renew his license and the drive doesn't go as well as you'd expect but the ever resourceful Dark Knight doesn't let anything or anyone stand in his way.

How Many Horror References Can You Catch?
Fox and 'The Simpsons' brought in writer-director, Guillermo del Toro (Pan's Labyrinth, Hellboy, Pacific Rim), to produce this year's opening sequence for their special 'Treehouse of Horror' episode. Although they got more than they bargained for. A lot more. Initially brought in for voice work, del Toro decided to reimagine the entire iconic Couch Gag opening with wall-to-wall horror references from classic monsters, to horror creators and from his own work. There is simply too much to take in all in one sitting.

“I really wanted to land the connections between the [show’s] set pieces and the titles and some of the most iconic horror movies, and intersperse them with some of my stuff in there for pure joy,” he says. “For example the idea that Ms. Krabappel could be outside the school with Alfred Hitchcock which is a reference to the sequence in The Birds that happens outside of the school in Bodega Bay. To use Chief Wiggum as the Cyclops from Harryhausen, dipping the [Lard Lad] donut in a water tank, to have the nuclear spill from Mr. Burns’ plant create zombies — all of this stuff seems to make sense to interconnect. If Homer really gets a radioactive isotope, he could turn into a reaper from Blade. Or the famous shot that is always in the titles — Maggie driving and then you pull back and there’s Marge driving, right? But in this case Maggie is driving, and she’s driving the car from the horror movie from the 70s called The Car, which is one of my favorite guilty pleasure B-movies. And what if Lisa is in the music class, but she’s in the music class with every Phantom of the Opera ever made? It was a unique opportunity.” - (Guillermo del Toro as told to EW)

The result is a glorious epic smorgasbord of horror and fantasy references to delight any genre fan. Check it now!