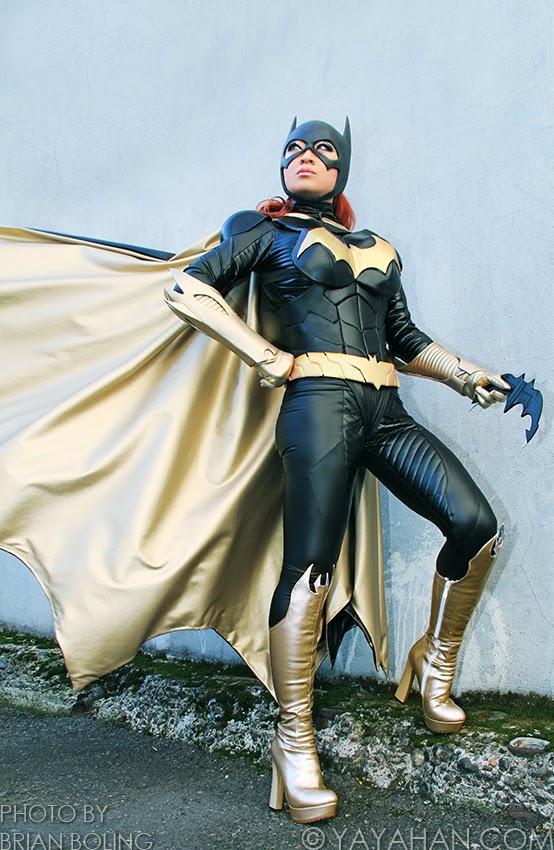 Our favorite cosplayer, the Queen of Cosplay herself, Yaya Han, has become a staple here at Spartantown. We've featured her multiple times like here, here and here and with good reason - she's a master costume designer. There's nothing she can't do apparently  because whether she's Wonder Woman, Lady Sif, Catwoman or a multitude of other characters from comic books, science fiction, or anime she makes some of the most authentic and carefully crafted costumes in the world.

This time she's made a Batgirl costume from DC Comics revamped line of comics called "The New 52" where the publisher redesigned her costume and Han here has lovingly reproduced. You can see how in the behind-the-scenes photos below. Paired with photographer Brian Boling, Han envelopes the role of Barbara Gordon aka Batgirl in this urban photo shoot with a heroic stance and a killer glare.

What helps separate Han from other cosplayers is her attention to detail. Here she has tried to faithfully replicate the lines, textures and features of the Batgirl costume with extraordinary success. The Bat-belt, boots and gauntlets all capture the same distinctive designs found in the comics. She nailed the ribbed texture found on the ribs, inner thighs and underarm. Each component (except for the Reeves FX cowl) is hand-crafted and designed by Han.

It takes immense passion and artistic ability to create such incredible costumes that has been elevating this growing culture of cosplay for years. Han travels the world as a model, cosplayer, costume designer and ambassador of cosplay and is probably visiting a con in a continent near you.

Her schedule of appearances for 2014 is found below. 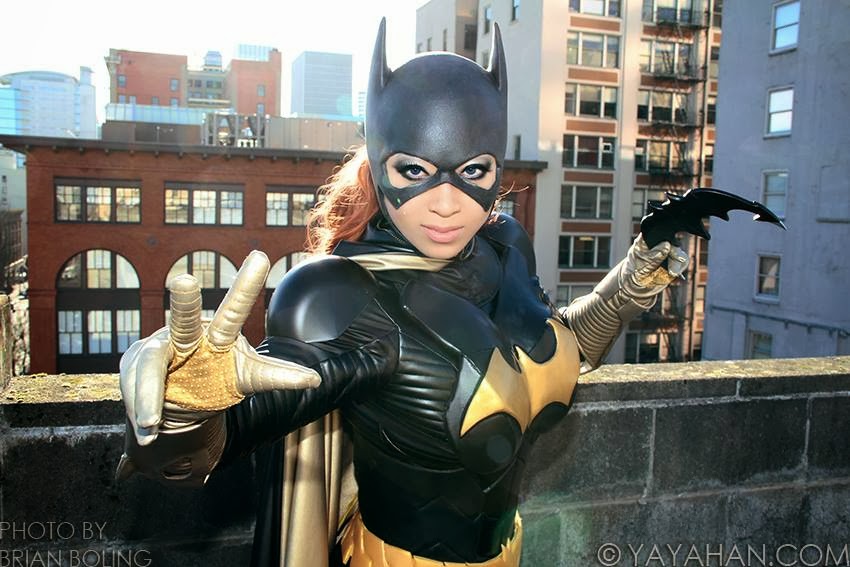 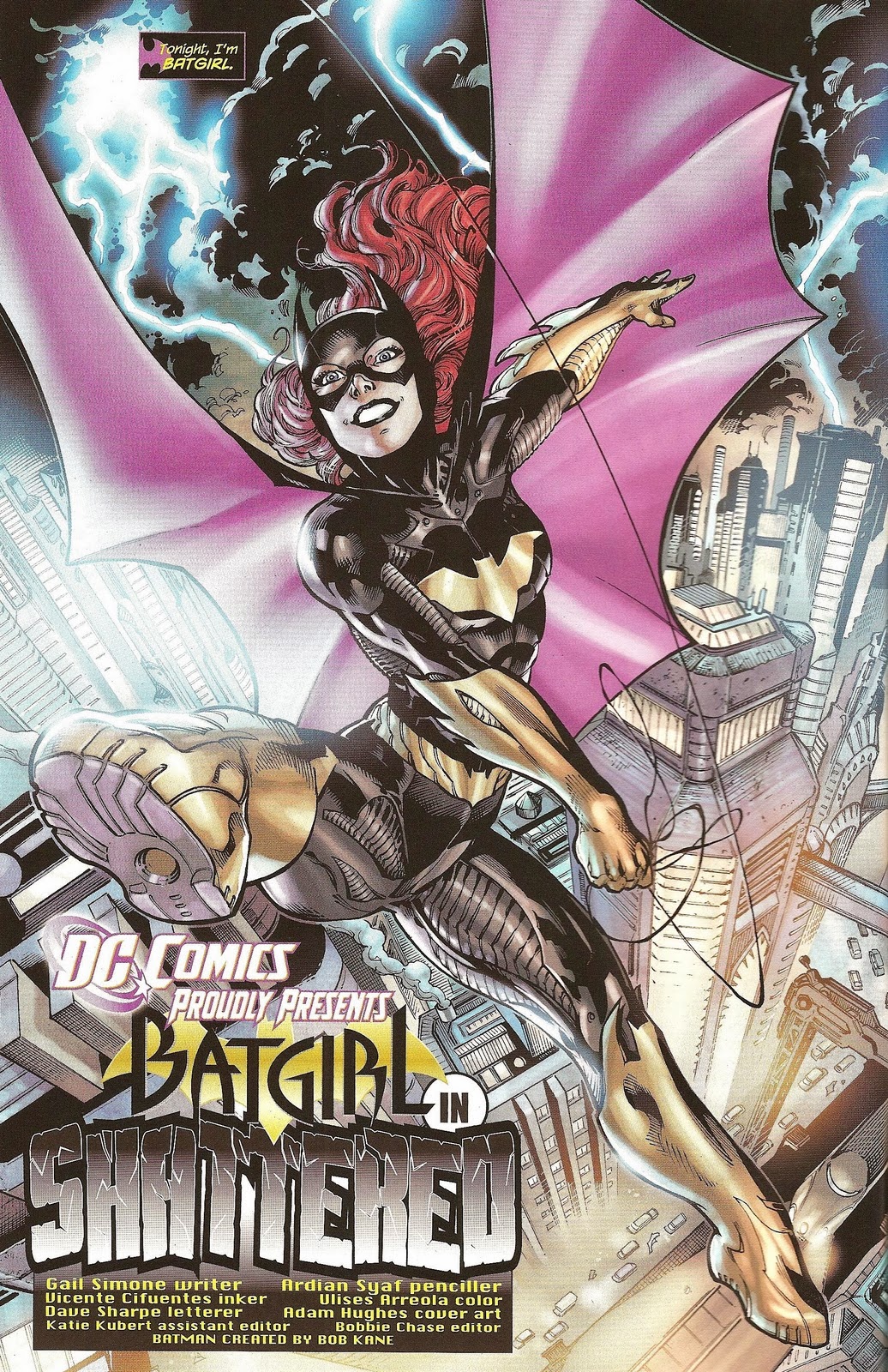 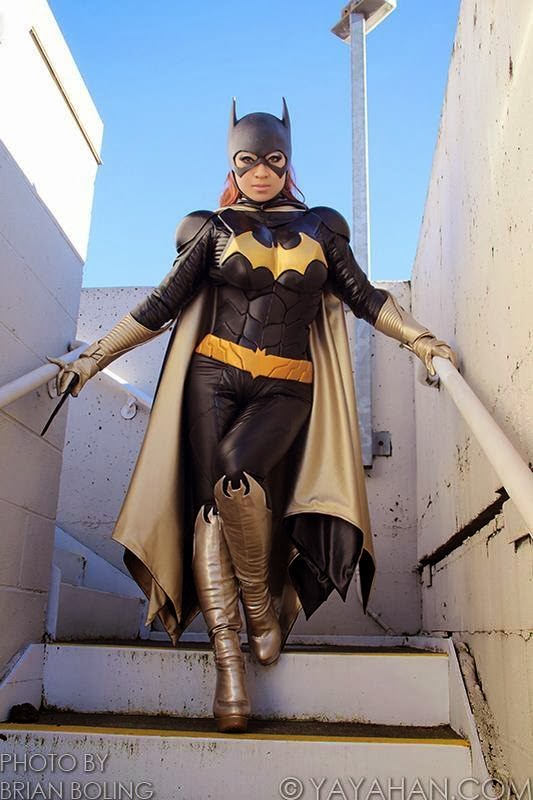 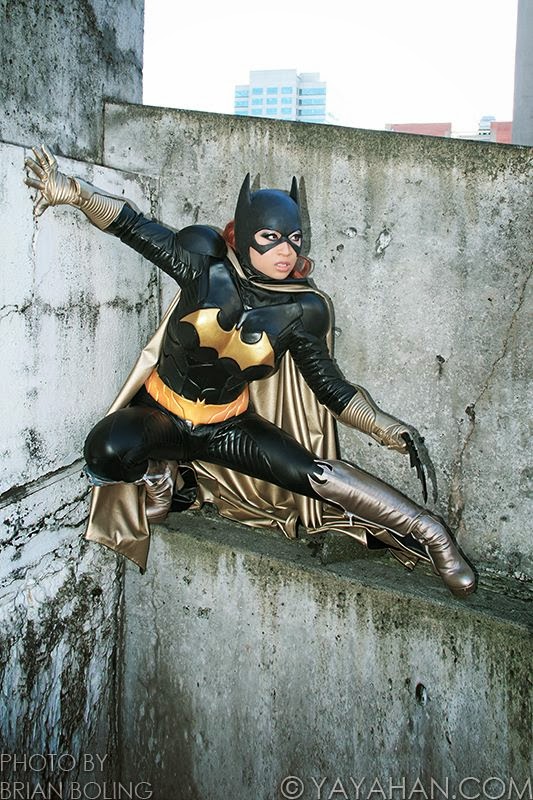 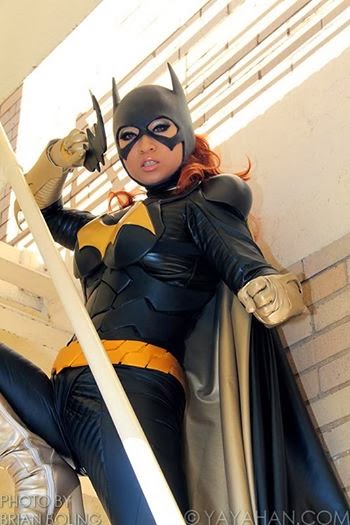 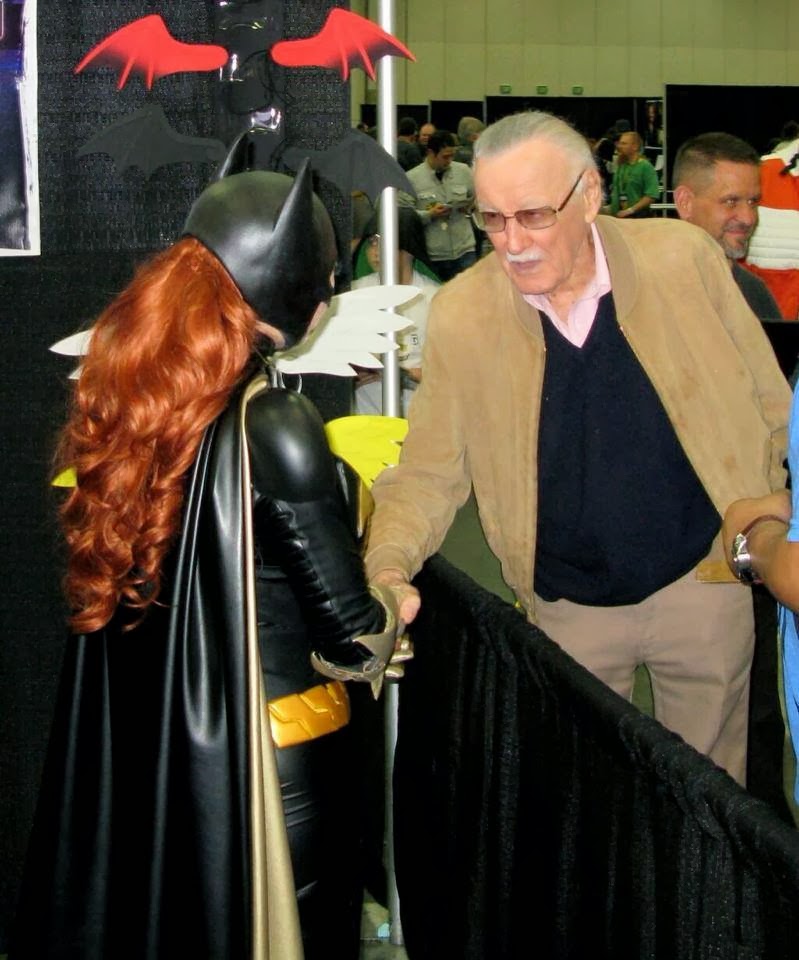 Stan The Man Stan Lee stopped by my booth this weekend at Portland Comic Con, even though I was dressed as Batgirl! I totally represented Marvel the next day though, as Phoenix. Photo by Rod Sagers