PANTS! Gal Gadot's 'Wonder Woman' Costume Rumored to be Based on 'Odyssey' Design 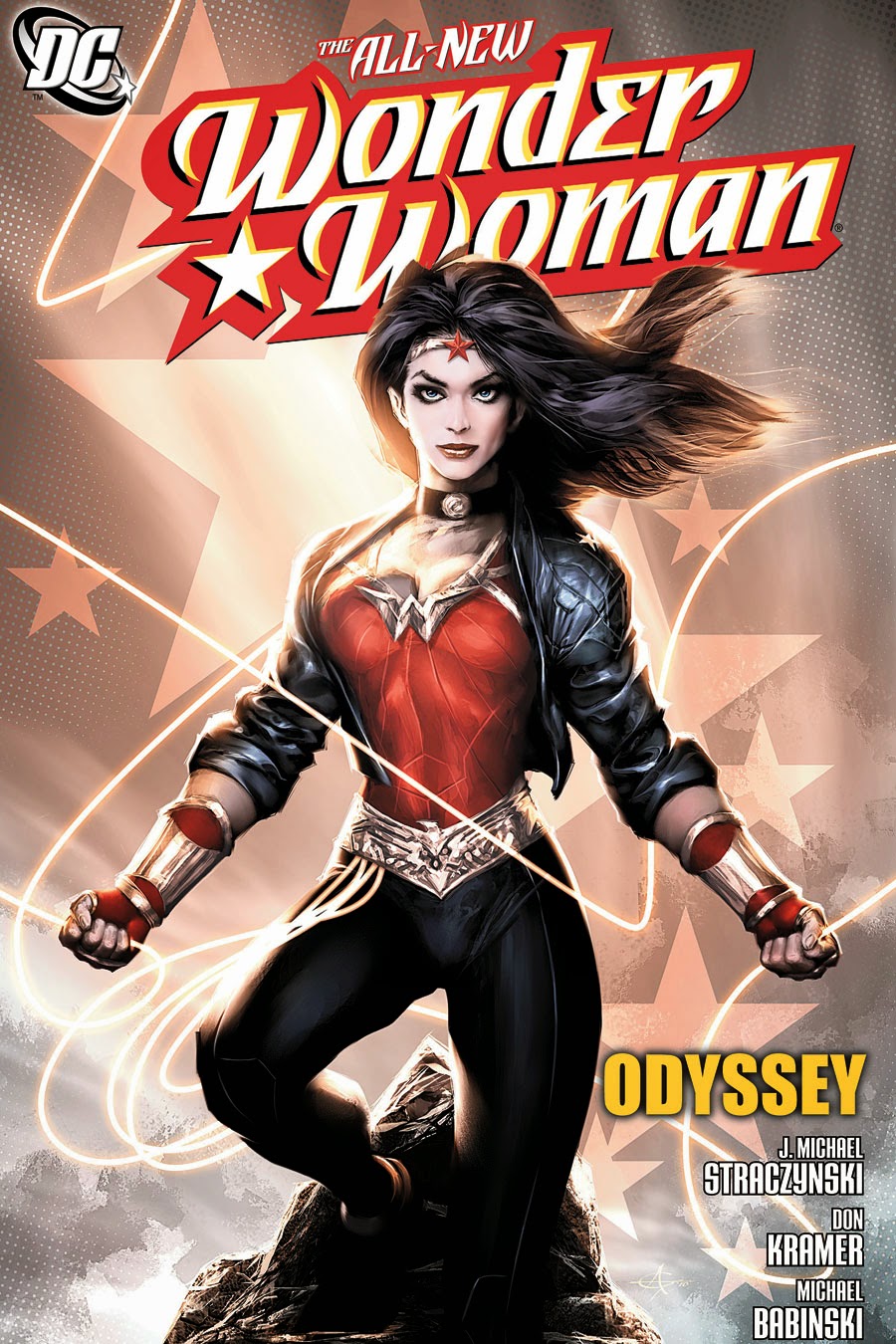 RUMOR OF THE DAY: Some unconfirmed whispers are being bandied about regarding the costume design of Wonder Woman in Batman V Superman: Dawn of Justice as being based on the 'Odyssey' story arc from 2010 where a new outfit was introduced that included the "controversial" inclusion of...pants.

Legendary artist Jim Lee redesigned her traditional swimsuit costume with an altered emblem, gold and red top, black pants and a blue/black jacket. Traditionalists and creepy fanboys balked at the design but in the DC movie universe where they keep a semblance of reality including pants on WW makes sense.

Especially, with Gal Gadot's slight frame trying to make her appear Amazonian in a swimsuit would be difficult. Ideally, a more armored look would make her more imposing with a breast plate, leather skirt and armor shielding her extremities like this image from the New 52 series by artist Cliff Chiang would add some weight to the character. 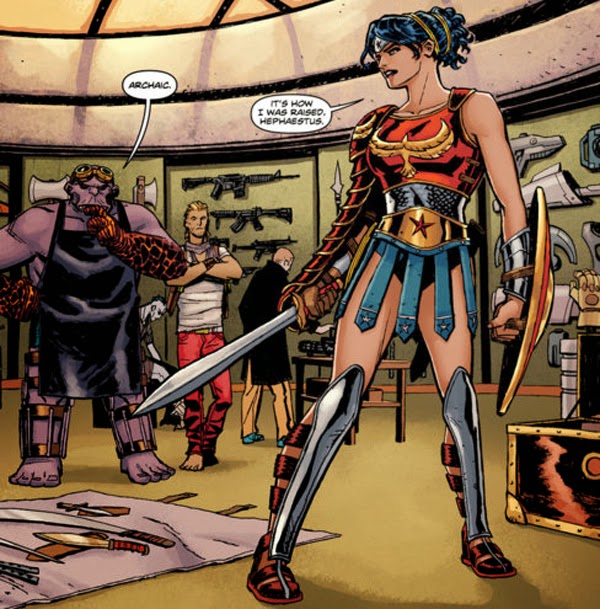 If the Odyssey design is used it would certainly fit the realistic approach to costume design that relies on form and function. Henry Cavill's Superman costume design was directly related to the attire of his Kryptonian ancestors. The newly released image of Ben Affleck in his Batman suit is reminiscent of Frank Miller's design from The Dark Knight Returns and looked less tactical and armored than the previous Christian Bale model thus presumably allowing more flexibility and maneuverability.

Considering Wonder Woman is also expected to appear in a Justice League movie and maybe, probably, hopefully a movie of her own we might see various iterations of her costume even the traditional one. For now the wait continues for her costume reveal.

Thanks to cosplay this is what the Odyssey design looks like in real life.