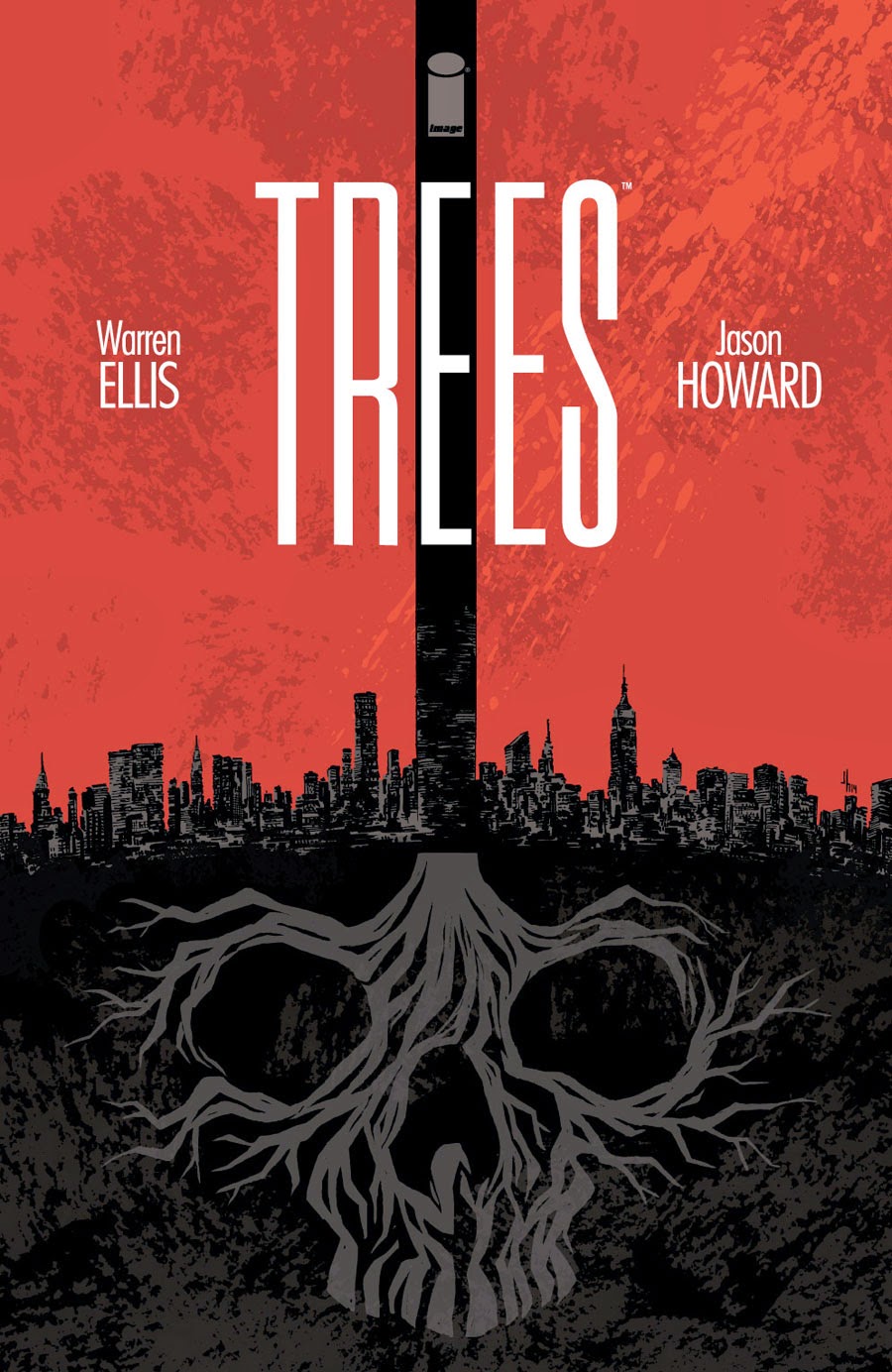 The new Image title from Warren Ellis and Jason Howard, Trees, is off to an intriguing start. What happens when an alien invasion starts then suddenly stops? That's premise in issue one as ten years have gone by since these strange but enormously tall beams or "trees" pierced locations around the world and remained stationary without a word from their owners. That's not to say there isn't a lot going on in the world they inhabit.
In Rio de Janeiro, police shoot first and ask questions later. In New York a mayoral candidate conveniently provides some exposition about life with the trees. In China a young artist enters the "Special Cutural Zone" in the City of Shu to record tree life beyond its walls. In an ice station in North-West Spitzbergen researchers study the strange foliage around the tree.


Ellis hits the ground running with some interesting world building without revealing too much and leaving the door open to do just about anything. The reader is sucked in immediately and a ton of questions remain. It's a pretty impressive feat considering the alien structures themselves do little but ooze some deadly "waste" at one point.

It isn't so much the alien invasion itself that propels the storytelling. It's more about the reaction of humans to the invasion and how they treat one another in response. Ellis has given himself a ton of room to navigate this new world however he chooses to go with a ton of potential to tell some incredible stories.

Howard triumphantly captures the chaos in Rio, the hustling streets of Shu the expansiveness of New York. He brings these distinctive locales to life with great detail when needed and a more spartan approach in others. Writer and artist are tuned in perfectly on this one.

Issue one doesn't disappoint and sets the stage for a lot more to come. Ellis and Howard could be on to something special. Trees is highly recommended to add to your pull list.
Posted by Enrique Rea at 3:32 PM