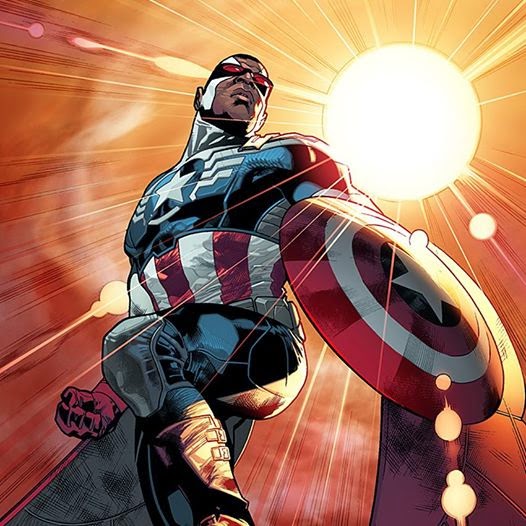 As many had suspected, tonight's announcement from Marvel COO Joe Quesada on The Colbert Report did reveal the new Captain America to be Sam Wilson, the former Falcon. He'll be taking over for Steve Rogers after recent events in the comics found Cap without his powers as the super serum had been removed from his blood causing him to age 65 years rapidly. He will remain a vital part of the missions from a tactical perspective and mentor the new Cap.
Writer Rick Remender explained in a press release that Falcon won't be leaving his wings behind despite his new suit.


“Historically, Falcon would often act as air support, flying Steve into the battle. Why not merge the two? He pops the wings, and as he flies, he keeps the shield latched onto his back. He dives down onto the scene, hurls the shield, wings retract, and rolls into a kick or jump, catches the shield on the way back. He doesn’t have the super soldier serum, but he has the added zing-zang-zoom of flight.”

The latest twist in Cap's history has been two years in the making as Remender was delighted to get the assignment and deliver some historic changes in one of Marvel's classic heroes. "I think that it’s important with these stories to do things that are natural and make sense and have an inherent logic to the universe," Remender explained, " but are also constantly shifting and exciting, keeping the drama high. In order to do that it really comes down to creating new dynamics."

Stephen Colbert for his part did a great job recapping the events leading up to the announcement and his faux-rage at the decline of America affecting Cap himself. Soon Quesada joined him at the desk and officially declared Sam Wilson the new Cap. After some uneven jokes about Wilson replacing Rogers, Colbert wondered about the now vacant position of the Falcon. Quesada chimed in and suggested perhaps Colbert was the man for the job. Then artwork by Kris Anka was displayed with the host as the new version of the Falcon. 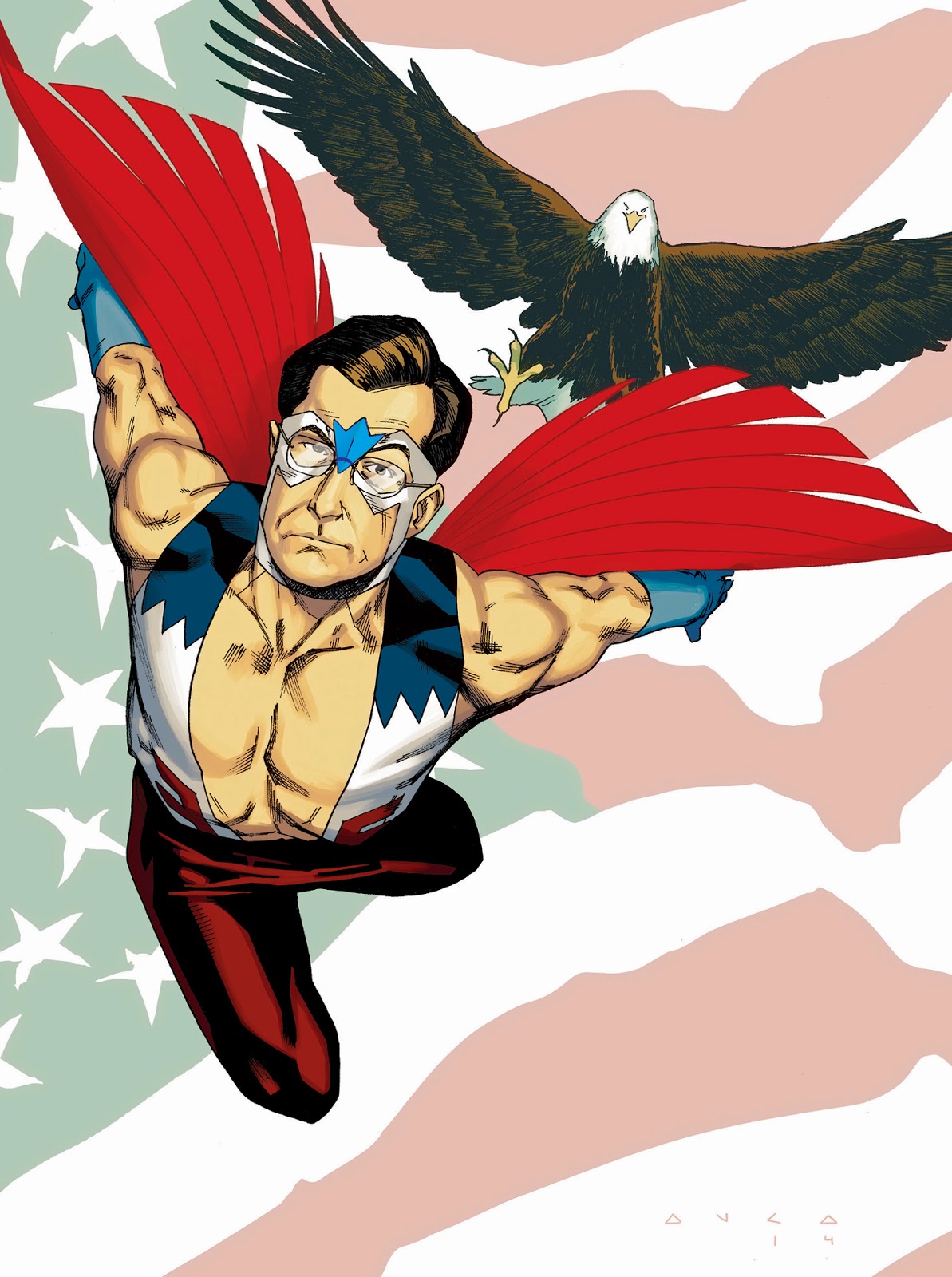 I think it's safe to say the Falcon mantle will still go to someone else. How do you feel about Wilson as the new Captain? Don't relax now because besides the new female Thor and new Cap, Marvel promises more changes coming. Stay tuned. 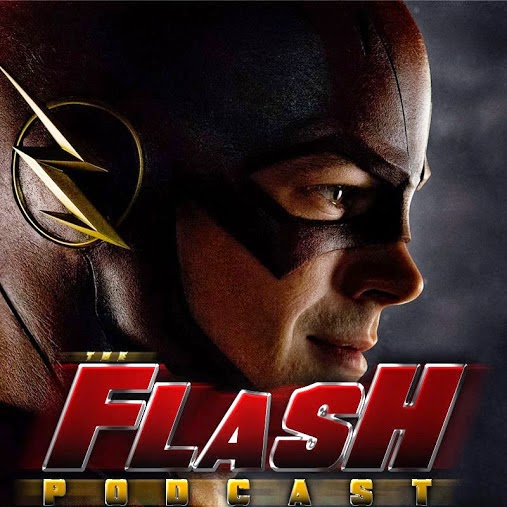