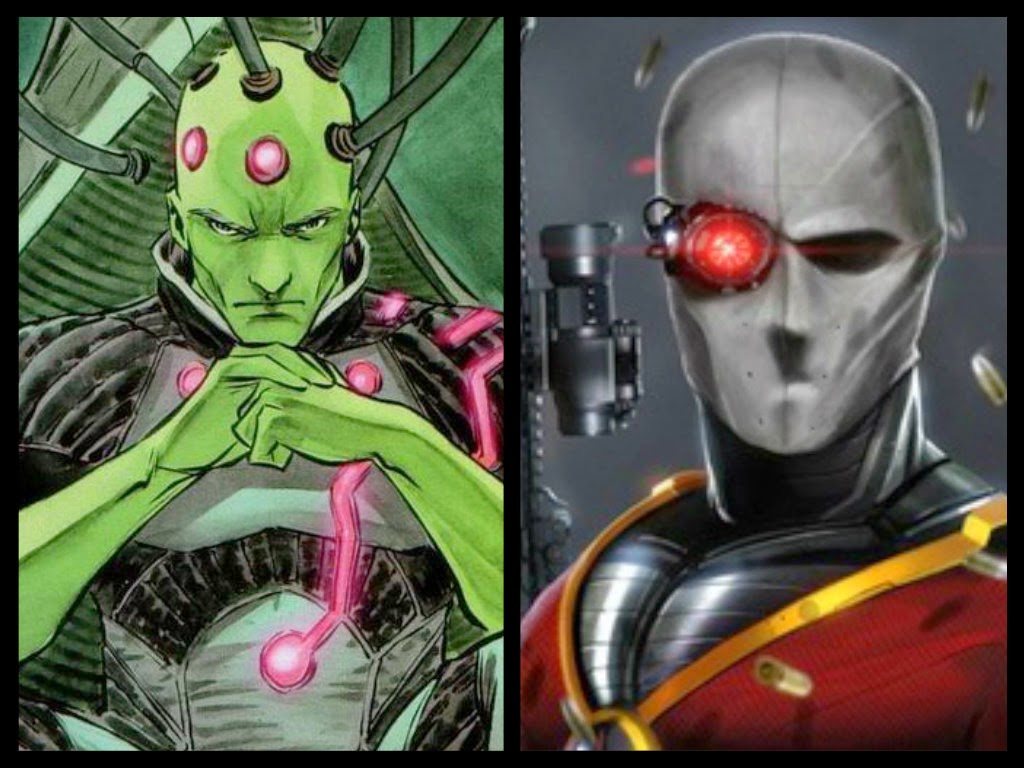 During the Schmoes Know Meet the Movie Press podcast, special guest El Mayimbe from Latino Review had some major scoops to break concerning the planned Justice League and Suicide Squad movies based on DC Comics books. The rumors include the main villain for the JL and the team members of the Squad.

Hosts Mark Reilly and Jeff Sneider (The Wrap) discussed El Mayimbe's background and the scooping business as a whole before getting into the big news about 30 minutes in.

According to sources the rumor for the Justice League movie villain is Brainiac. A foe of Superman since 1958 he has taken on some different incarnations but essentially  an extraterrestrial android with a bald head, green-skin with diodes protruding from his skull. He's been known as the 'Collector of Worlds' as he had the ability to shrink entire cities and preserve them (at one point their energy was meant to be used to revive Brainiac's original home) like the capitol city of Krypton, Kandor.

Brainiac has possessed various powers over the years making him one of the most formidable foes Superman has ever faced. His other-worldly level of intelligence has given him mental powers to possess others, absorb data from any organic or inorganic object at will, transferring his consciousness, controlling computer systems as well as space and time.

When attached to his space ship he has the equal firepower to combat Superman. If that's the case then he certainly would have enough to fight the Justice League. Like in Man of Steel, the same beacon Superman triggered on the scout ship that led Zod to earth is the same one that will lead Brainiac according to El Mayimbe's source. 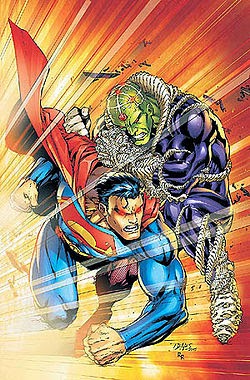 David Ayer (Fury) is attached to direct DC Comic's Suicide Squad, a team of imprisoned super-villains commissioned to take on dangerous black operations in exchange for reduced sentences, and this is the line-up rumored to be in the film: Deadshot, Viken, Harkness, Blockbuster, Multiplex, Jaculi and Mindboggler.

There have been a lot of team members over the years and in the comics currently you have fan favorite Harley Quinn, Black Manta, Deathstroke, Joker's Daughter as well as Deadshot. The film version has a curious make-up because of the number of obscure members but the focus is suppose to be on Deadshot, Harkness (aka Captain Boomerang) and Vixen. Perhaps because the members are meant to be expendable they may not all make it out alive leaving room for new ones in any potential sequel. And DC/Warner Bros. may have bigger plans for such a popular character like Harley Quinn, who has a best selling comic book series and has been famously attached to Batman's rival the Joker.

Here's a rundown of who's who in the Squad: 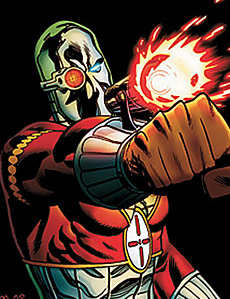 Floyd Lawton, known to Interpol under the codename Deadshot, is the world's deadliest marksman. He is an assassin who uses long-ranged weaponry and uses the signature neuro-toxin curare to poison his bullets. 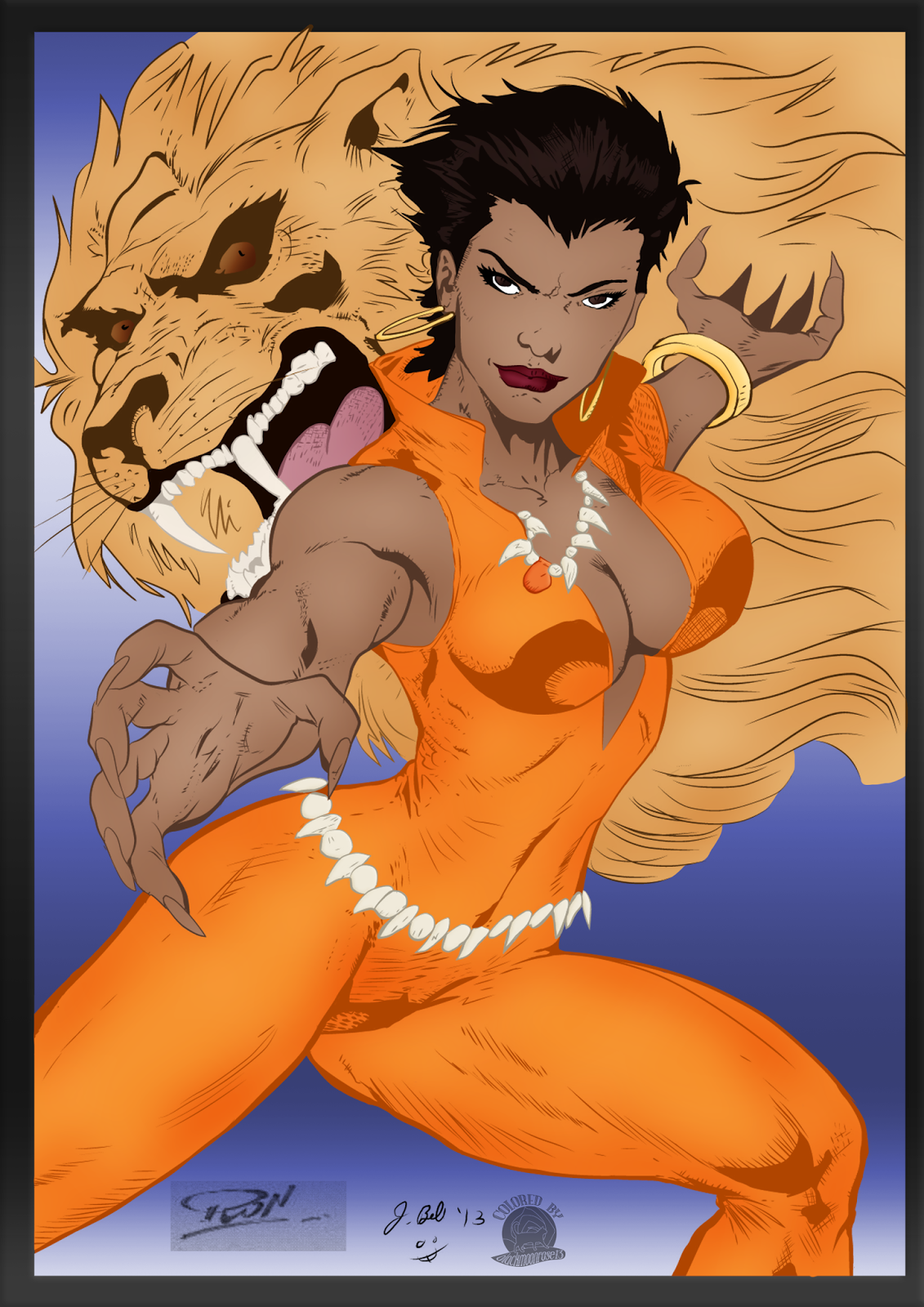 Vixen possesses the innate ability to make direct contact with the Earth's morphogenetic field, which is sometimes known as the "Red". By simply focusing on a specific animal, she can draw its skill directly from the morphogenitic field and mimic its abilities, thus giving herself a variety of superhuman powers. This contact with the "Red" allows Vixen to draw upon the abilities of any animal within 150 feet. 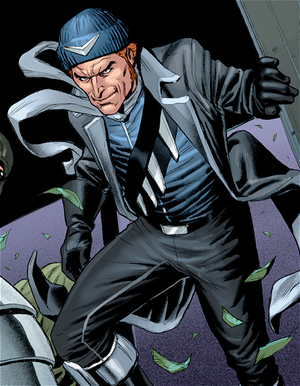 Captain Boomerang (George 'Digger' Harkness) carries a number of boomerangs in his satchel. He is an expert at throwing the weapons and as well as ordinary boomerangs he has a number with special properties, including bladed, explosive, incendiary, and electrified boomerangs. 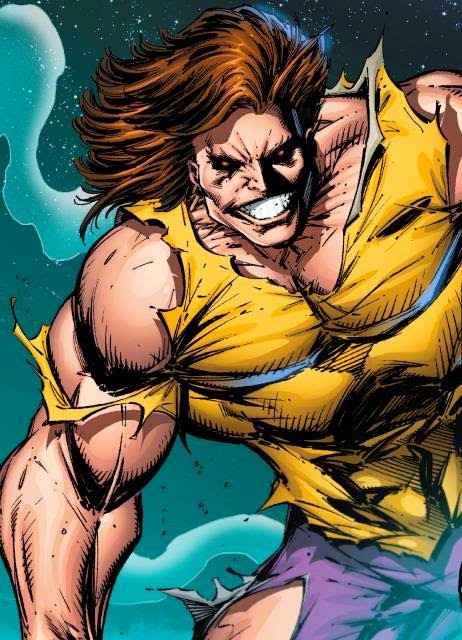 The first Blockbuster was Mark Desmond, a chemist who desired to increase his physical strength. Experimenting on himself, he succeeded in making himself stronger and taller, but as a side-effect of the process he also became almost mindlessly aggressive. Blockbusters have superhuman strength, stamina, and endurance. They also have a high degree of resistance to physical and energy attacks. 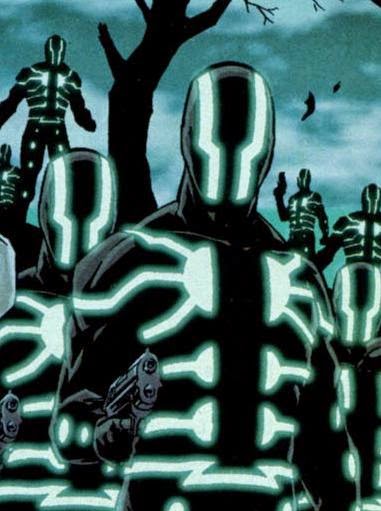 Caught in the same explosion that fuses Martin Stein and Ronnie Raymond into Firestorm, Multiplex gains the ability to split himself into identical duplicates, though those duplicates are smaller than the original, and get smaller the more he splits. 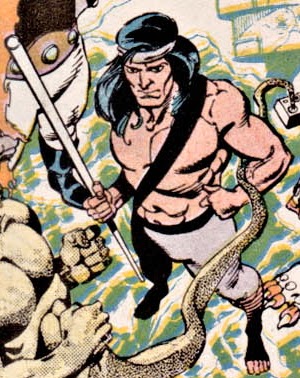 Jaculi is a proficient hand-to-hand combatant, who can easily kill with his bare hands. He’s also well-trained with javelin-like weapons, both as melee weapons and as missile. Jaculi can produce three-seconds bursts of superhuman speed, accelerating instantly. 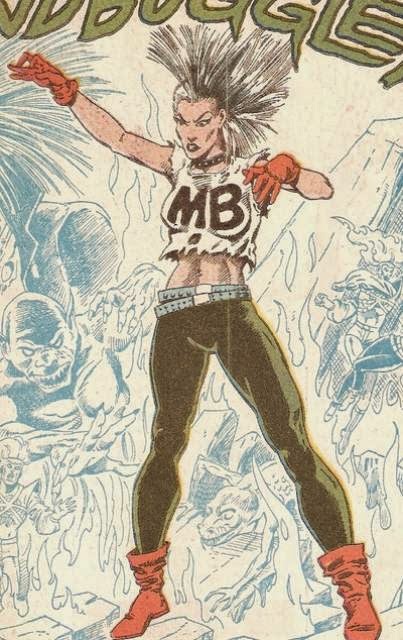 Mindboggler possessed psionic powers that let her  induce vertigo and nausea in a victim, create realistic illusions or force a victim to carry out her will.

Just remember folks, these are rumors and as solid as sources could be things in Hollywood change all the time. Just look at how many actors have been rumored to be Doctor Strange. So as usual take these rumors with a grain of salt.

Check out the Meet the Movie Press podcast: