We've known for some time that Laurel was going to take her murdered sister Sara's Canary persona as season 3 of CW's Arrow has progressed. She's hellbent on revenge to find to find her killer and has starting training with Ted Grant aka Wildcat, boxing gym owner and vigilante (?). This is the first look at what she'll look like as the billed Black Canary.

There are some noticeable differences from Sara's Canary suit. Gone is the little jacket and cleavage-baring black corset (sorry creepy fanboys). The tactical look gives way to a bizarre number of belts around the leg but overall it's a little more practical for running on rooftops. The blond wig will take some getting used to but this is what fans have been waiting for.

She won't make her appearance in costume until episode 10, Left Behind, in January after the mid-season break. 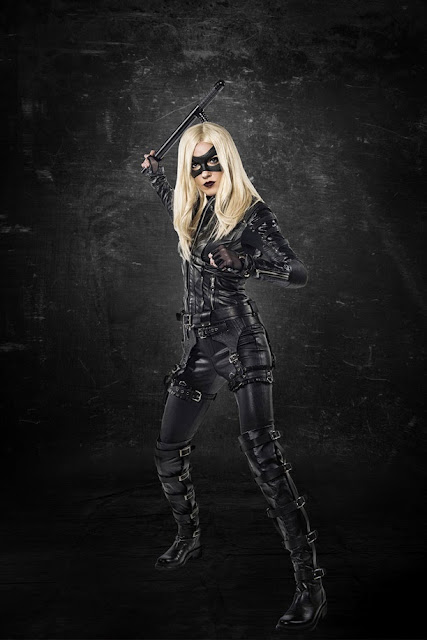 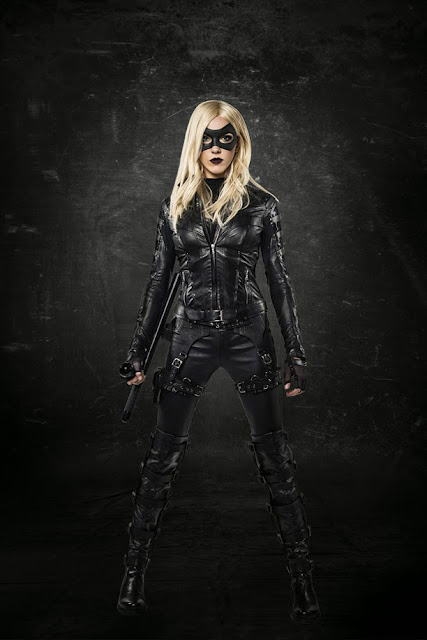