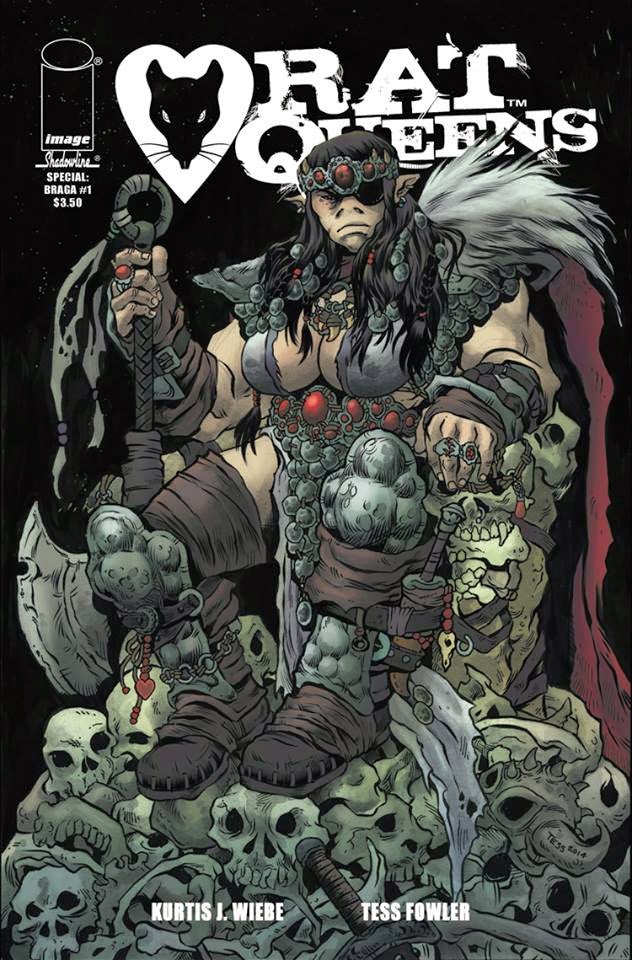 Despite some unsettling behind-the-scenes turmoil, 'Rat Queens' from Image Comics is ready to usher in a new era in its short but glorious history by not only introducing Stjepan Sejic as their new artist but also releasing a special one-shot entitled, Rat Queens: Braga #1.
Writer and co-creator Kurtis J. Wiebe shared a five-page preview on his social media sites of the special issue that will include guest artist Tess Fowler and colorist Kelly Fizpatrick. The issue was originally intended to be #11 in April but there'll be a break that month without an issue.

The series will run consecutively beginning in January except for that April break. Wiebe promises no more delays to the critically acclaimed and fan-favorite comic about a band of hard-partying, kick-ass fighting maidens set in a world of elves, orcs and monsters.

The Braga Special drops January 14, 2015 with Sejic's first issue debuting with #9 in February.


Here's the solicitation and preview for the Rat Queens Braga Special:

'BRAGA: THE ONCE PRINCE, NOW BASTARD' Before joining the Peaches, Braga was destined to become the greatest leader of her people. But a life changing decision proved too controversial for even her most devout followers. A former life paved on the bodies of her enemies left behind...what choice was worth losing everything? 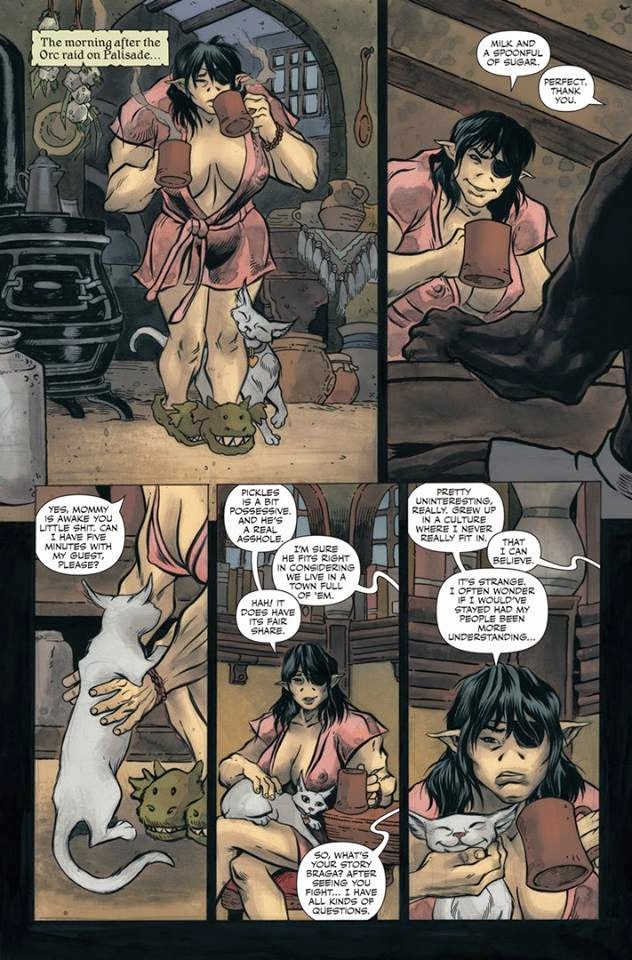 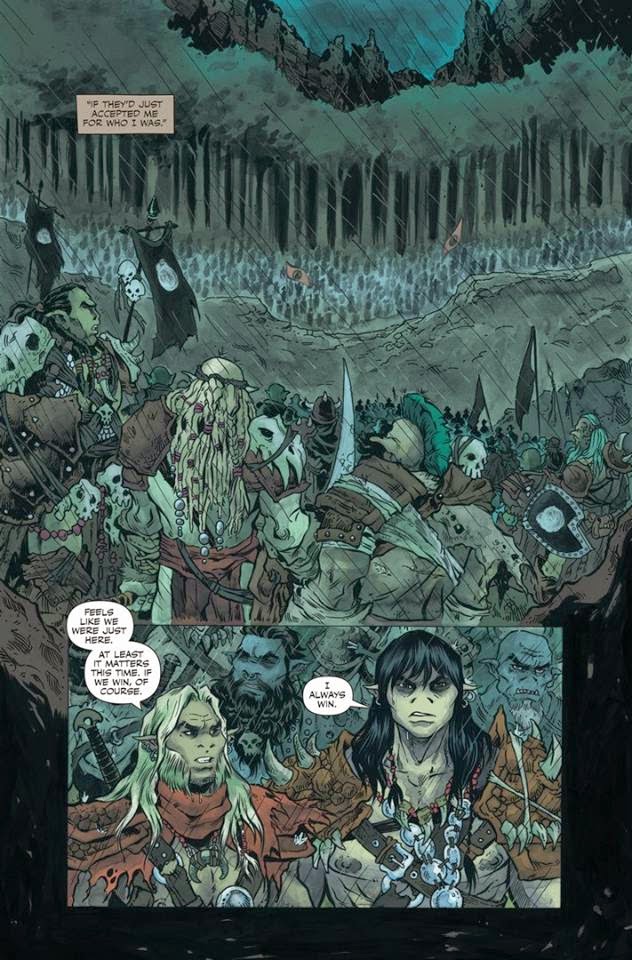 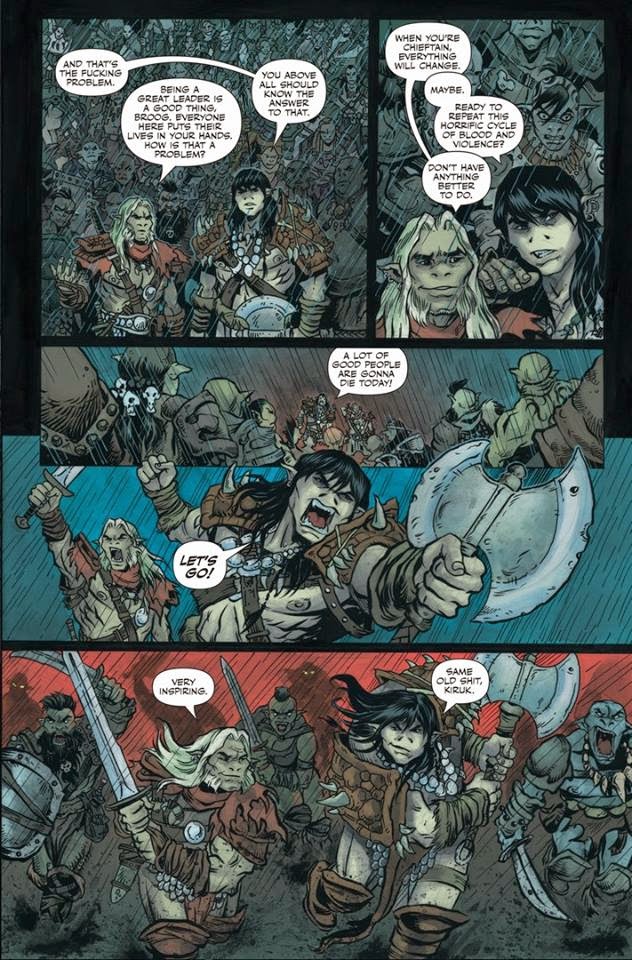 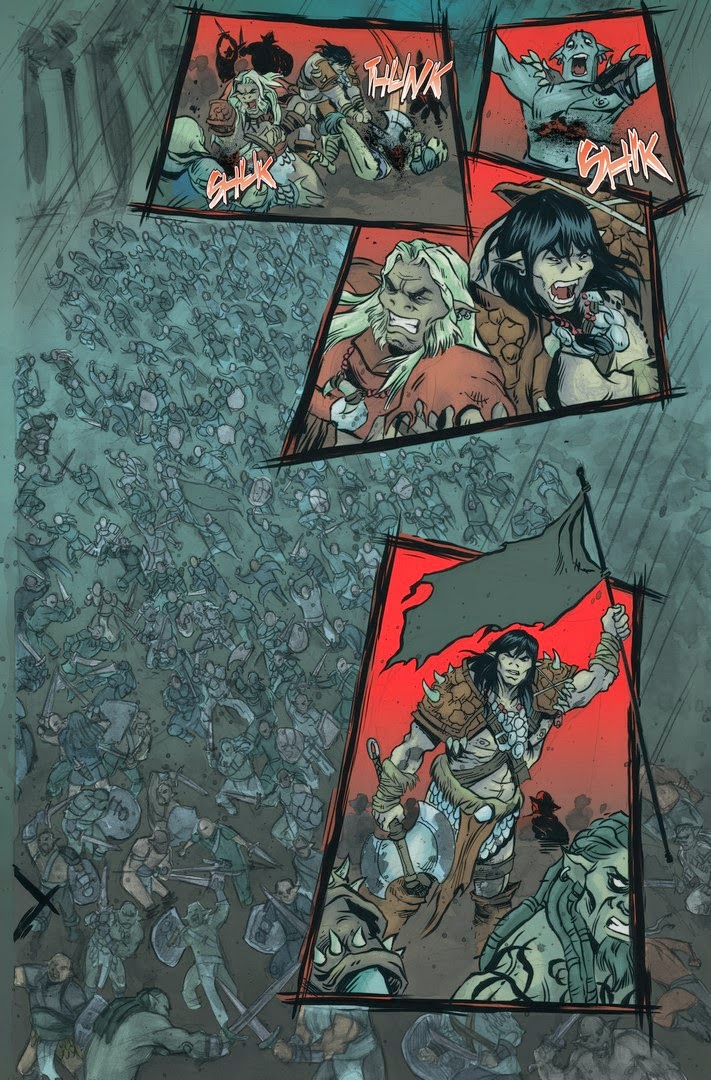 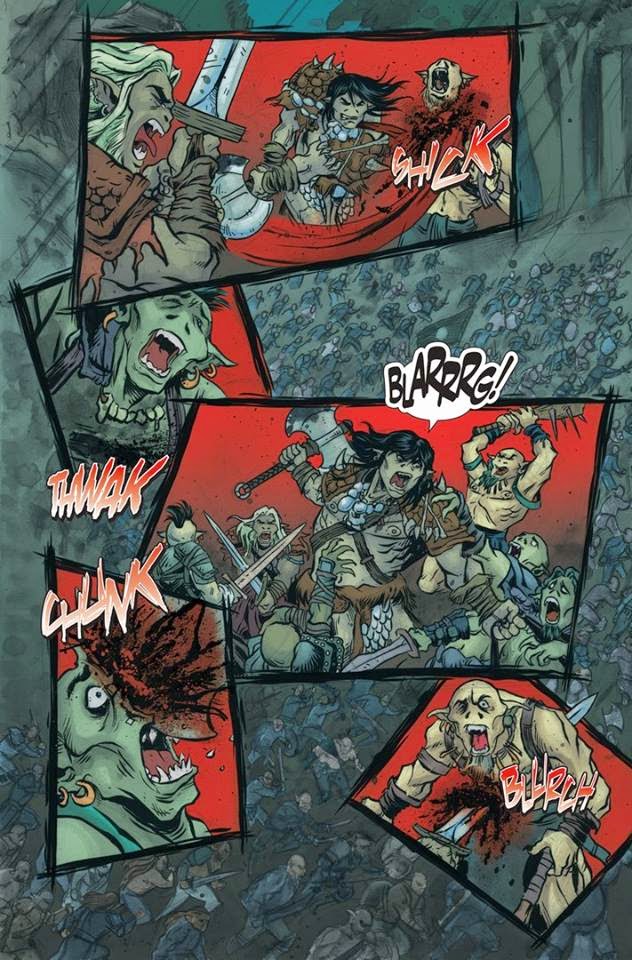