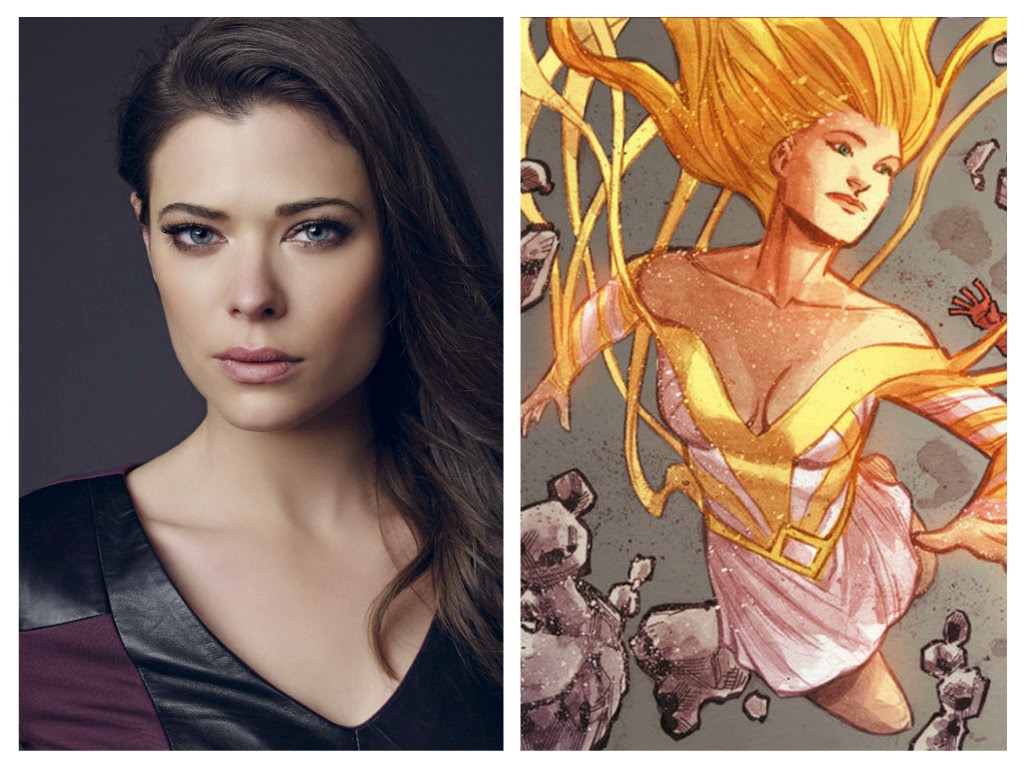 Captain Cold (Wentworth Miller) has a sister and she's ready to be another thorn in The Flash's side as The Tomorrow People's Peyton List will be joining the Rogue's Gallery as Lisa Snart aka The Golden Glider on the hit CW show.

The Flash is known to never shy away from drawing straight from the comic books and bringing characters onto the show this soon in its debut season. Adding Leonard Snart's sister will definitely complicate things for the Scarlet Speedster.


While Leonard is cold and calculating, Lisa is a wild child and anxious to prove to her older brother she’s got what it takes to be in his criminal gang. She is sly, charming, and even a little sadistic. She's also not afraid to use her sexuality to get what she wants, which will put her on a collision course with S.T.A.R. Labs employee and friend of The Flash -- Cisco Ramon (Carlos Valdes).

Armed with Cisco's freeze gun, Captain Cold proved to be a formidable foe for Barry when he appeared earlier in the season. Now gathering a gang of his own with Heat Wave (fellow Prison Break co-star Dominic Purcell) and his little sister the second half of season one is sure to be explosive.

List appeared on producer Greg Berlanti's The Tomorrow People on CW before it was cancelled after one season. She's also best known for being Mrs. Roger Sterling on Mad Men for five seasons. This also reunites her with her TTP co-star Robbie Amell who plays Firestorm on The Flash. She'll make her first appearance in episode 16 of next year.

The Flash returns with new episodes on January 20 on The CW.

REVIEW: 'Death or Glory' #2 by Rick Remender and Bengal

By Enrique Rea June 11, 2018
After a raucous debut, 'Death and Glory' takes a weird turn. Like a really weird turn. Imagine David Lynch and Quentin Tarantino had a baby and out came out issue two of this new series from Rick Remender and Bengal. The question is is that a good or bad thing?


DEATH OR GLORY #2
Writer: Rick Remender Artist: Bengal Publisher: Image Comics Release Date: June 6, 2018 Cover Price: $3.99
Score: ★★★★☆ (4/5)
With a botched heist job, a bullet in her side, and all her money gone, Glory wrestles with what to do next. The cargo her ex-husband was trafficking wasn't drugs but people and after putting them all safely on a bus to Arizona, she's broke and being attended to by one of the Brazilians that stayed behind. Her scheme was pretty straight-forward - rob the money that the dirty sheriff was going to transport and use it for her dad's surgery. Easy peasy. Then it all went to hell as the sheriff recognized her, she dropped the money, and now no one is happy, not the sheri…
Post a Comment
CONTINUE READING »

By Enrique Rea September 04, 2013
Is Love in the Air for Batman?
I love the smell of new Batman/Superman movie rumors in the morning. The latest comes from El Mayimbe at Latino Review that presumes that Batman is getting a love interest based on the casting breakdown being circulated to talent agencies for the Man of Steel sequel.
They’re looking for someone in their late 20s and are open to all ethnicities... But wait there is more. They’re not only looking for a good actress (like duh), but they’re being very specific and looking for an actress who is both tall and possesses physicality. Interesting. Tall. Physicality. Ben Affleck is after all 6’4″ and it would look awkward if they pair him up with someone who is 5’2″. When I think of tall actresses, I think of amazons like Charlize Theron who is 5’10″ and current it girl of the moment Adrianne Palicki who is 5’11″. It's difficult to say for what role this is for but certainly sounds like it'll involve action so it could be a girlfriend who also happens to b…
Post a Comment
CONTINUE READING »