It's another glorious comic book release day. Plenty to choose from starting today with the latest issues of Copperhead, Sex Criminals, Red Sonja, Lazarus, to the kid-friendly Sonic Boom, Kids of the Round Table, and Princeless. Check out this week's notable new comics. 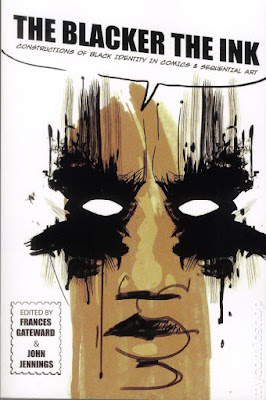 The Blacker the Ink is the first collection to explore not only the diverse range of black characters in comics, but also the multitude of ways that black artists, writers, and publishers have made a mark on the industry. The book's fifteen original essays take us on a journey that includes familiar milestones like Luke Cage and The Boondocks, while spanning everything from African American newspaper comics of the 1930s to Francophone graphic novels of the 2000s. The Blacker the Ink also offers inspiring stories of trailblazing African American artists and writers. These essays will give you a new appreciation for how black characters and creators have brought a vibrant splash of color to the world of comics. 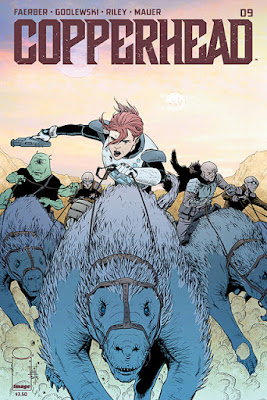 (W) Jay Faerber (A/CA) Scott Godlewski
What do you do when there are outlaws to round up and you've got no backup? You assemble a posse. 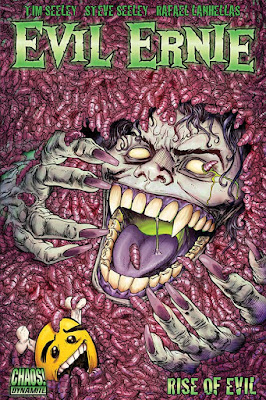 (W) Tim Seeley, Steve Seeley (A) Rafael Lanhellas (CA) Tim Seeley
Teen psychopath Evil Ernie is dead, resigned to Hell where he belongs. But when reality is threatened by a force that even the Devil can't handle, Lucifer calls on the only weapon that can prevent total megadeath: Evil Ernie himself! Will the antihero-to-end-all-antiheroes take his place as the world's most unlikely savior... and how will he handle the revelation that his former lover, Mistress Hel, has replaced him with not one, but multiple new paramours? It's all-out mayhem in the classic Chaos Comics manner! 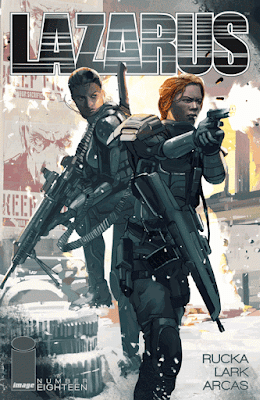 (W) Greg Rucka (A) Michael Lark (CA) Owen Freeman
"POISON," Part TwoHock forces have engaged Carlyle troops on the shores of Lake Superior, and to turn them back Forever must take her place on the front...where the enemy is waiting for her. 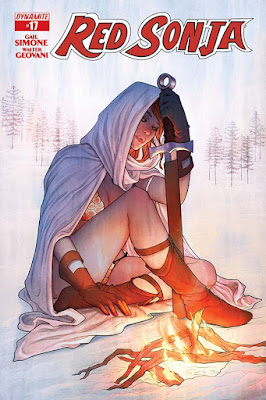 (W) Gail Simone (A) Walter Geovani (CA) Jenny Frison
This intense issue finds the She-Devil in the grip of an obsession for revenge that is so all-consuming, she barely recognizes herself! What happens when the mightiest warrior finds the man who destroyed her life? Can even RED SONJA return from darkness this complete? Continuing the suspenseful FORGIVENESS OF MONSTERS storyline, taking Sonja to places she has never, ever been before! 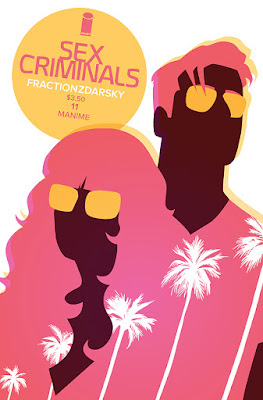 (W) Matt Fraction (A/CA) Chip Zdarsky
NEW STORY! NEW ARC! SAME OLD MATT AND CHIP. Jon and Suzie have a gift: when they have sex, they stop time. And they're not alone. Get on board the book that's been called "hilarious" and "arousing" - by Chip's mommy. OH! All these issues? They're all in a sealed bag
because 1000 totally random blank covers have been "customized" by Matt and Chip. Will YOU be one of the lucky ones (thousand)? Will YOUR copy be worth a million dollars one day because it is one-of-a-kind and unique (probably not)? YES! (No.) 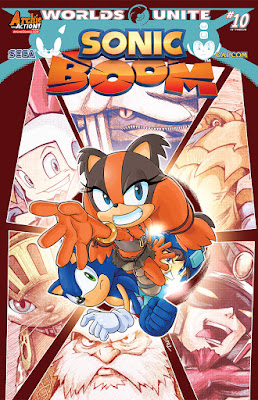 (W) Ian Flynn (A) Tyson Hesse, Jim Amash (CA) Patrick Spaz Spaziante
The Sonic/Mega Man Crossover event explodes beyond the worlds of just our two blue heroes! "Worlds Unite" Part Ten: Sonic, Mega Man, X, and Sticks continue to rally heroes from across the wide expanse of the SEGA and Capcom universes! Who will be brave and join the unified assaulted against Sigma? Plus, with all of the heroes busy, who's keeping an eye on the malicious Xander Payne and Evil BFFs Drs. Eggman and Wily? The villains must be plotting something now-but what? Featuring the worlds of Viewtiful Joe, Golden Axe, Breath of Fire, Panzer Dragoon, Billy Hatcher, Monster Hunter, and more! Plus cover art from the legendary Patrick "SPAZ" Spaziante, and variant cover art from Reilly Brown and part 10 of the epic 12-part connecting variant cover series by artist Ben Bates! 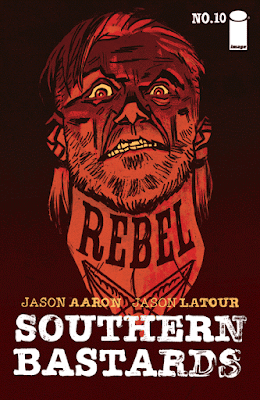 (W) Jason Aaron (A/CA) Jason Latour
On the eve of the most important game of the season, Esaw Goings is having a hard time juggling his duties as enforcer of Coach Boss's criminal empire, as well being an assistant coach for the Runnin' Rebs. Football or murder, blood's gonna get spilled either way. 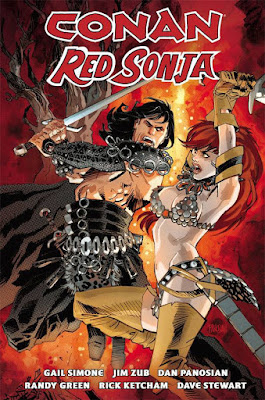 In a tale spanning three eras in the lives of these classic characters, Conan and Red Sonja become comrades to take down a sorcerer-priest hell bent on creating a new age in Hyborian warfare! 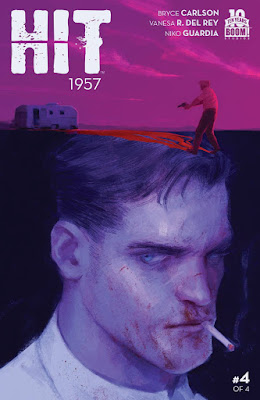 (W) Bryce Carlson (A/CA) Vanesa Del
Final issue! After the shocking events of Issue #3, Slater unleashes his full fury on Domino's gang with the help of Terry Riggs. In L.A., Sticky confronts the Hollywood Hacker on his own and faces a moral dilemma: How far will he go in the name of the Hit Squad? 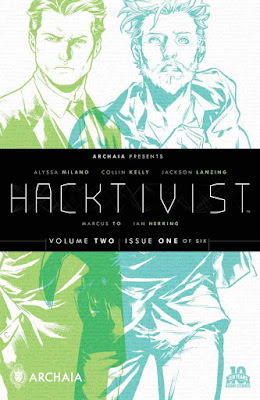 (W) Collin Kelly, Jackson Lanzing (A/CA) Marcus To
It's been six months since Tunis. Nate Graft's life was turned upside-down after his best friend Ed Hiccox died, but he's since pulled things together and is now in charge of VIGIL, the front line of America's ongoing cyber operations. Just when things are starting to gain some semblance of control, YourLife, the government, and Nate come under attack by a new breed of hacker...who call themselves .sve_urs3lf. Using Nate and Ed's former handle, they want to know the truth of what happened in Tunis, and they're calling for blood. Nate's blood. 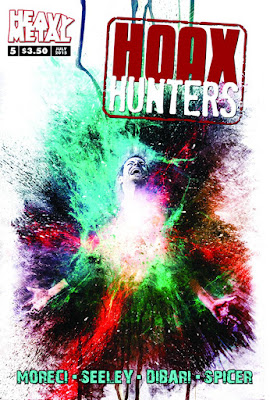 (W) Steve Seeley, Michael Moreci (A) Chris Dibari (CA) Rob Prior
The flagship title of the Heavy Metal comics line continues with this must-read issue! Regan's powers are tested by a growing threat and Jack faces off with a multidimensional killer. This issue has all the exposition longtime readers are looking for with plenty of action for newcomers! 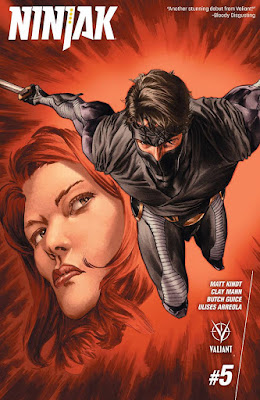 Ninjak's mission to destroy Weaponeer and its secret cabal of shinobi masters just got a bit more complicated...since the newest leader of Weaponeer is... Ninjak himself?! Meanwhile, Roku's gone
missing, but we all know the world's deadliest woman is at her most dangerous when she's out of sight!

Plus: Colin King's past comes back to haunt him in a big way as NINJAK: THE LOST FILES reveals a deadly connection to Ninjak's present as Clay Mann (X-Men) returns with Matt Kindt (THE VALIANT, RAI) and Butch Guice (Captain America)! 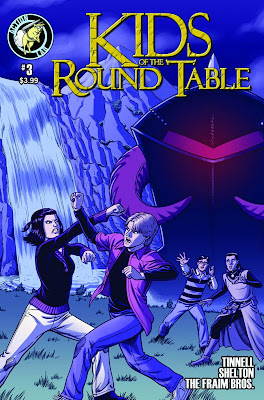 (W) Robert Tinnell, Aaron J. Shelton (A/CA) Brendon Fraim, Brian Fraim
Kevin, Maggie, and Ben find themselves in a parallel world where the magic of Camelot still rules and agents of both Merlin and Morgan le Fay make their presence known.  Can these would-be successors to the Knights of the Round Table survive a supernatural attack? Aaron J. Shelton joins the KOTRT creative team as co-writer with this issue! 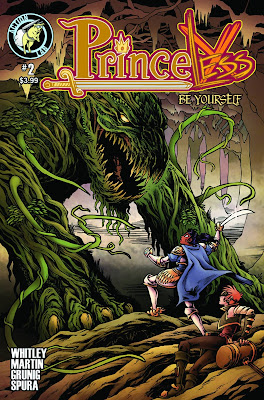 (W) Jeremy Whitley (A/CA) Emily Martin, Brett Grunig
In their quest to save Adrienne's sister Angoisse from the Grimmorium Swamp, Adrienne and Bedelia have been trapped and captured by the nefarious goblins.  What do the goblins want with them...and what happened to Sparky after they crashed in the swamp?  Plus, Adrienne's brother Devin sets out on a quest of his own! 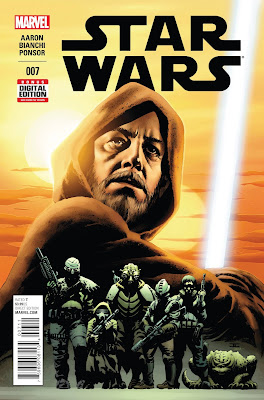 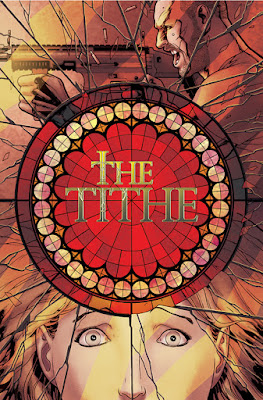 (W) Matt Hawkins (A/CA) Rahsan Ekedal
It all ends here in the finale of the first arc. 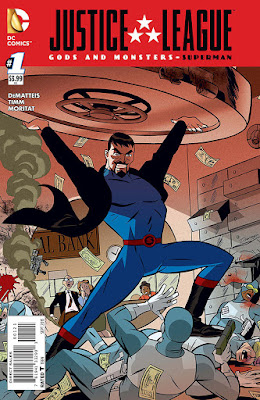 (W) J. M. DeMatteis, Bruce Timm (A) Moritat (CA) Gabriel Hardman
Prequel to the DC Universe movie Justice League: Gods and Monsters!
"Truth, justice and the American way" has a very different meaning to a Superman raised by poor immigrant farmers. He's seen abuse and injustice his whole life - and now he's ready to let the world know what happens when a Man of Steel gets angry.. 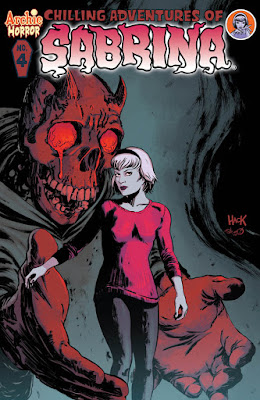 (W) Roberto Aguirre Sacasa (A/CA) Robert Hack
Hell hath no fury! It's Sabrina in the underworld as she and her companions risk everything - including their immortal souls - to rescue Harvey's consciousness, trapped in the Dark Pit. Meanwhile, with Greendale's most powerful witch missing in action, Madame Satan launches an attack on the Spellman household, but Hilda and Zelda are not helpless, and then of course there's Cousin Ambrose to contend with! For TEEN+ readers. 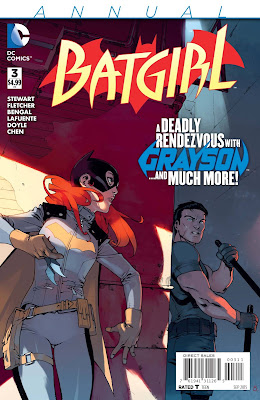 (W) Cameron Stewart, Brendan Fletcher (A) Bengal & Various (CA) Bengal
On her latest mission, Batgirl finds herself mixing it up with Helena Bertinelli of Spyral...but who is the mysterious Spyral agent who seems to be one step ahead of her at every turn without ever showing his face? She's determined to crack this mystery - but Grayson is just as determined not to get caught! Plus: Batgirl visits Gotham Academy - and there are plenty of surprises in store for her!