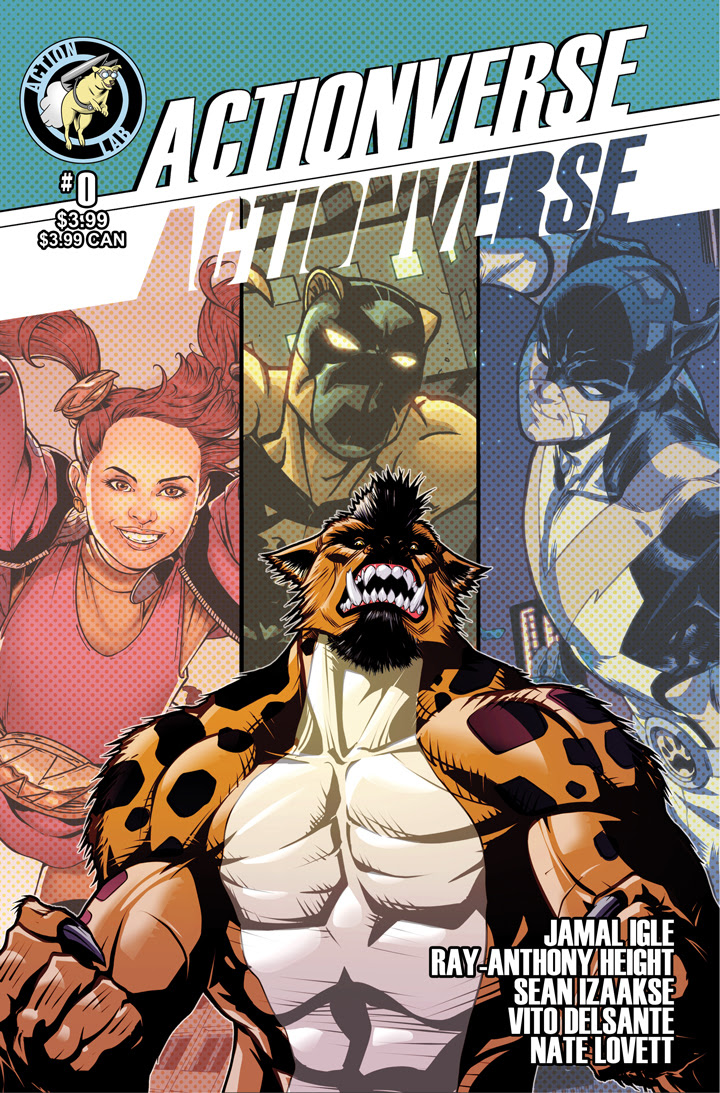 IT ALL STARTS HERE! Be a part of the largest creator owned crossover that the Publishing world has ever seen. No Publisher has ever dared, let alone successfully brought together the creative minds and properties of over 20 different creators together to create one single and unified  Actionverse. Before  the main Actionverse story begins, learn about the ties that bind! Molly Danger: pint-sized powerhouse! Midnight Tiger: teen superhero supreme! Stray: the prodigal hero! How are they connected, and how does the villainous Hyena fit in? You do not want to miss this!
32 pgs./ Teen / FC                        $3.99 (reg.) 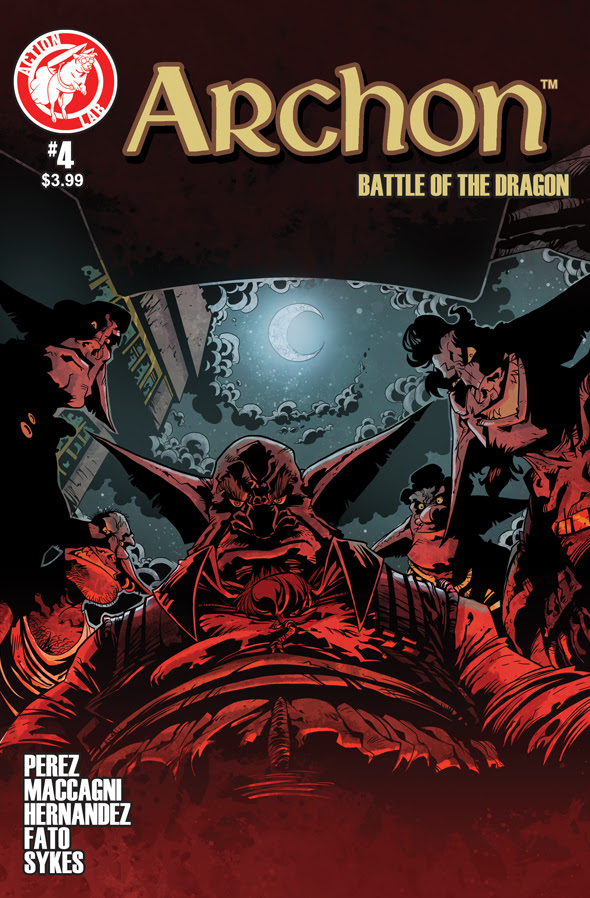 ARCHON: BATTLE OF THE DRAGON #3

There’s something sinister going on beneath the Archon. Compelled by a binding dragon contract, Gareth assumes his guard duties while Alistair finds himself going toe-to-toe with a rival Las Vegas Lord. Meanwhile Cayde and Knight inch their way closer to finally uncovering the truth about Silvermire’s Entertainment Empire. 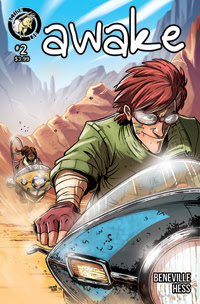 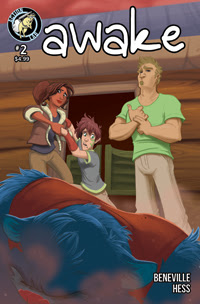 Young Regn and her mentor Operi come face-to-face with Gremon, the physical embodiment of the planet’s consciousness and it is not pleased.  While Regn tries to calm Gremon, her brother, Picar, gets deeper into trouble on the planet’s surface when he crosses paths with a mysterious and beautiful info-agent who may not have Picar’s best interests in mind.  Variant cover by Erin Humiston, limited to 1,500 copies.
32 pgs./ All Ages / FC                        $3.99 (reg.) / $4.99 (var.) 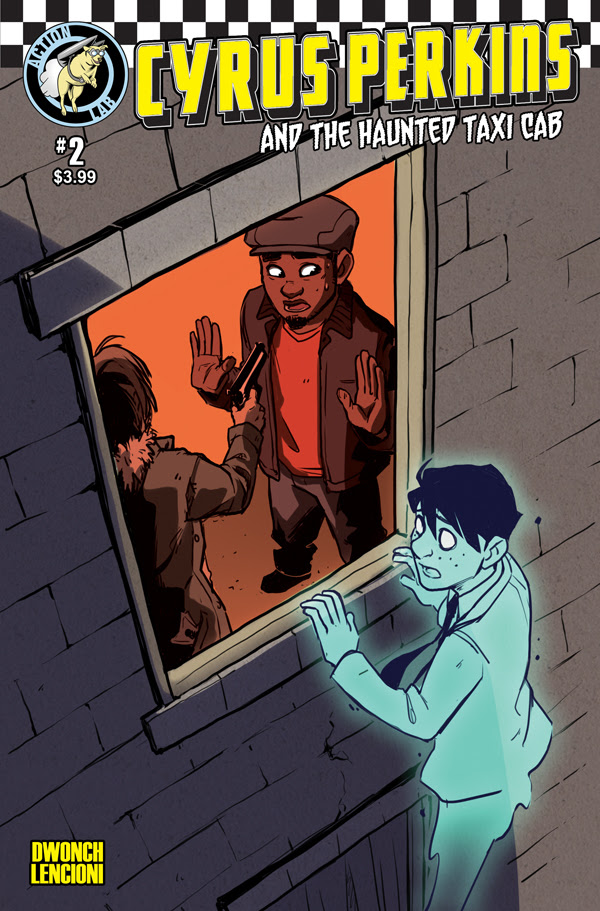 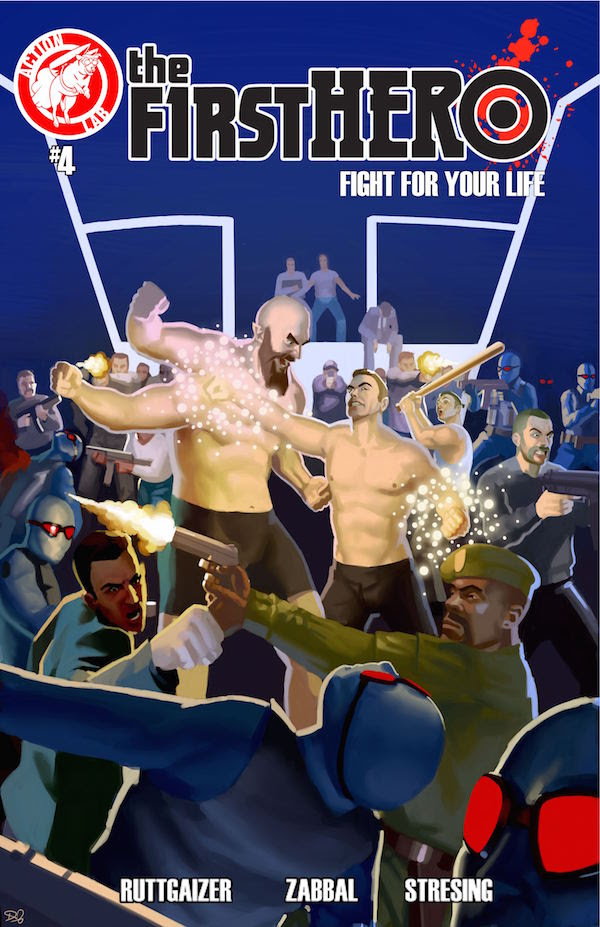 THE F1RST HERO: FIGHT FOR YOUR LIFE #4 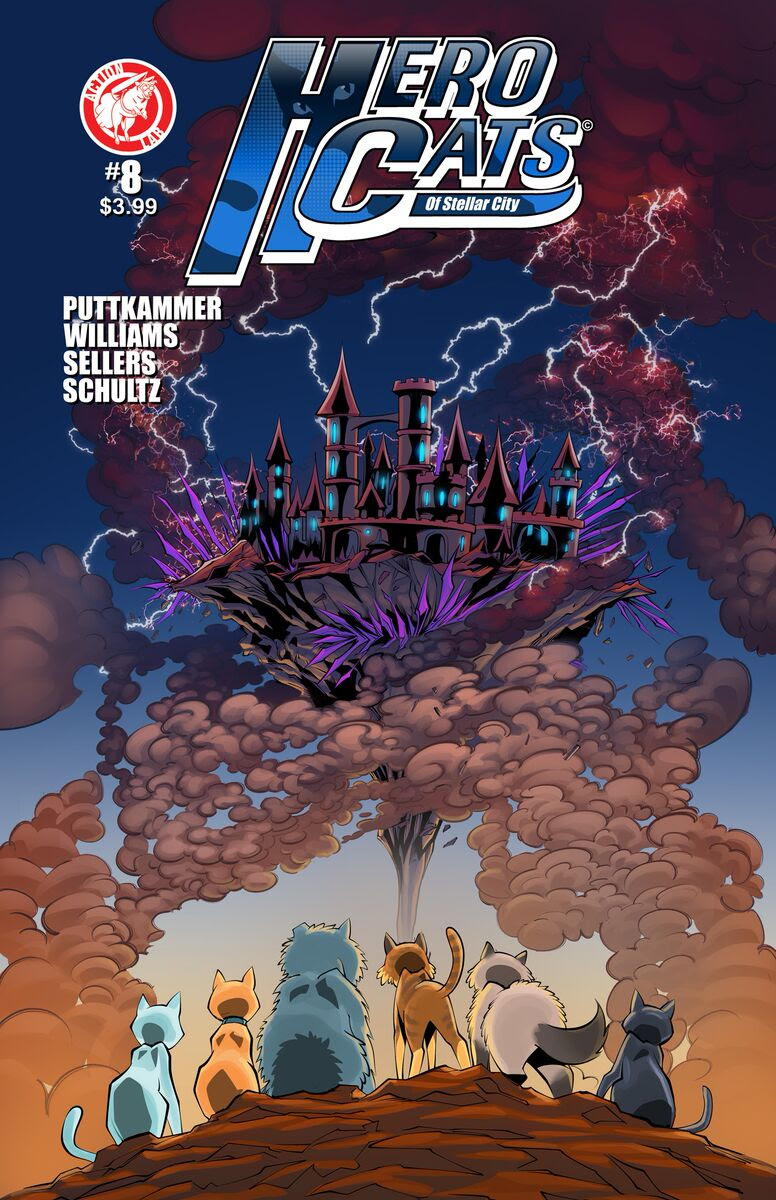 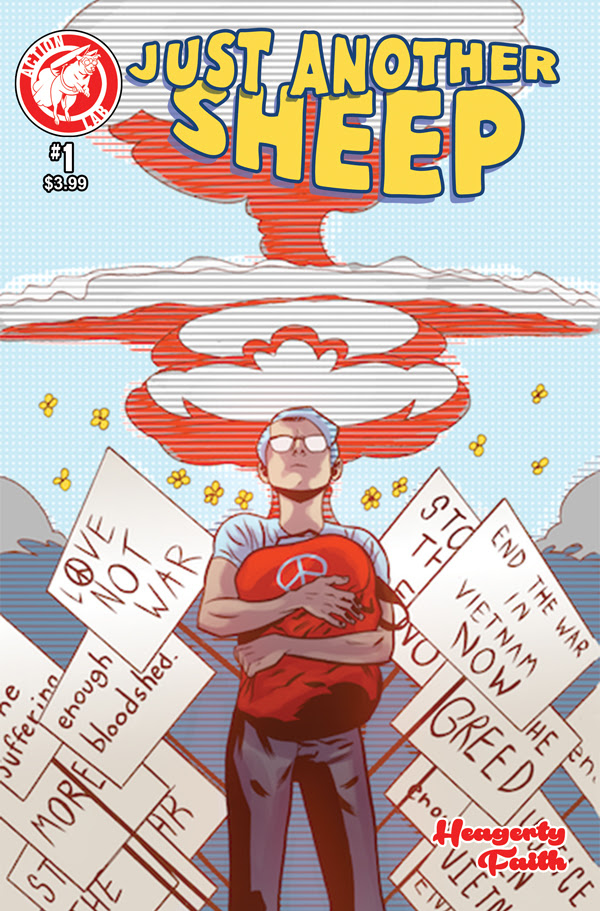 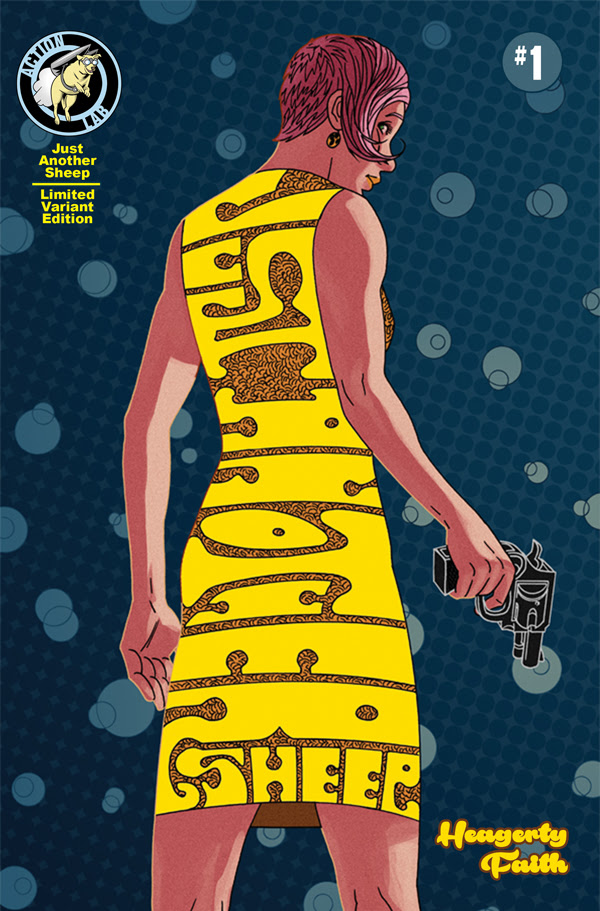 In 1969 a timid teen sets out on a road trip. His goal? Find out the origins of his bizarre super human abilities. Always the follower, his trip is derailed when he befriends a group of extremist war protesters. Variant cover by series artist JD Faith (Virgil) limited to 1,500 copies! 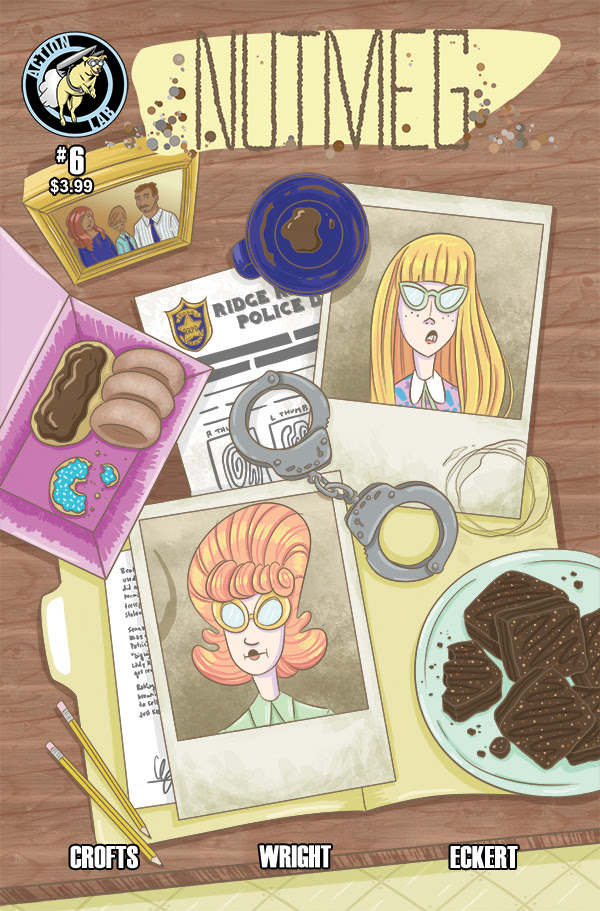 Fall, Part 6: “Patty Cakes” As Poppy and Cassia's criminally delicious brownies spread among Vista Vale schools, they catch the attention of teen detective Ginger and teen journalist Anise. Meanwhile, Poppy's appetite for those same brownies and their mind-bending effects only increases. But how long can she keep her secret from Cassia? 32 pgs./ Teen / FC                        $3.99 (reg.) 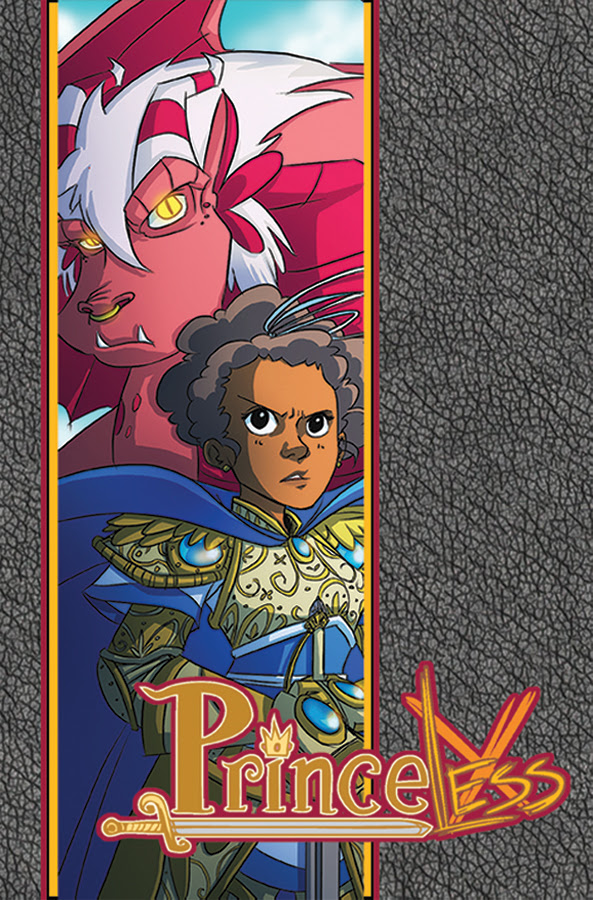 With her adventures in the swamp behind her, Adrienne is ready to head for the icy mountains of The Rim to save her twin sisters Antonia and Andrea.  However, her time in Grimmorium Swamp has left a lasting effect on her - especially on her hair.  Now, it’s time for Adrienne to make a change. Join us for a special zero issue of the new chapter of Princeless with series creator Jeremy Whitley and special guest artist Alex Smith.
32 pgs./ Teen / FC                        $3.99 (reg.) 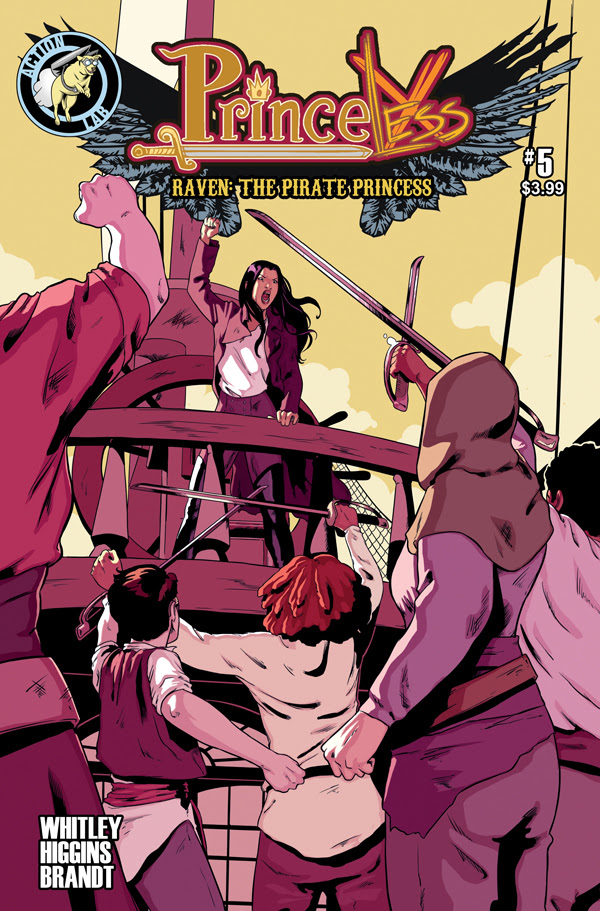 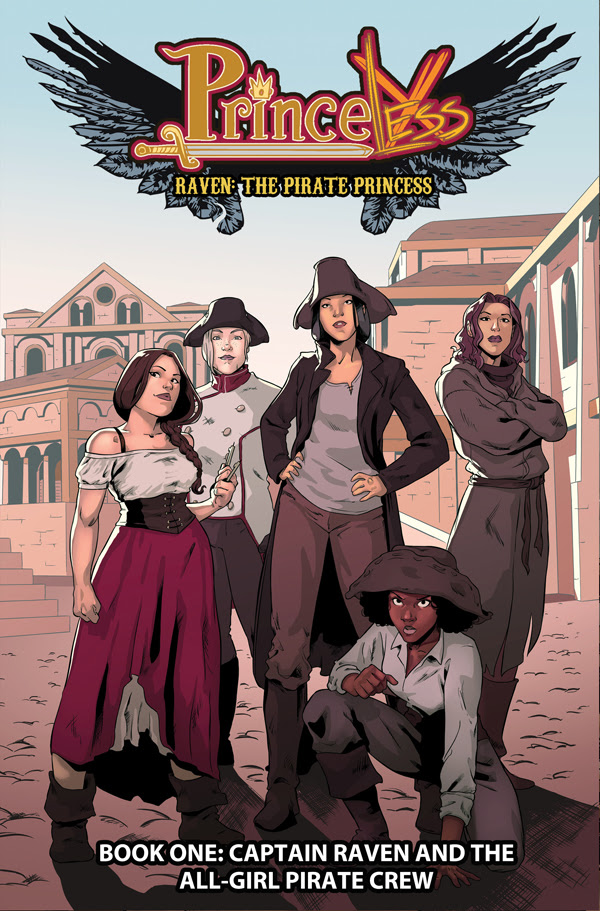 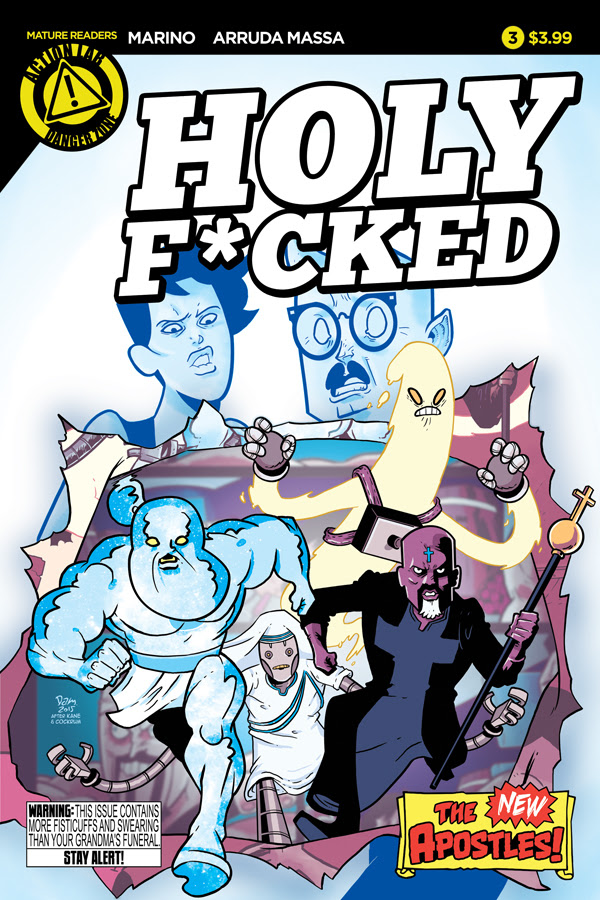 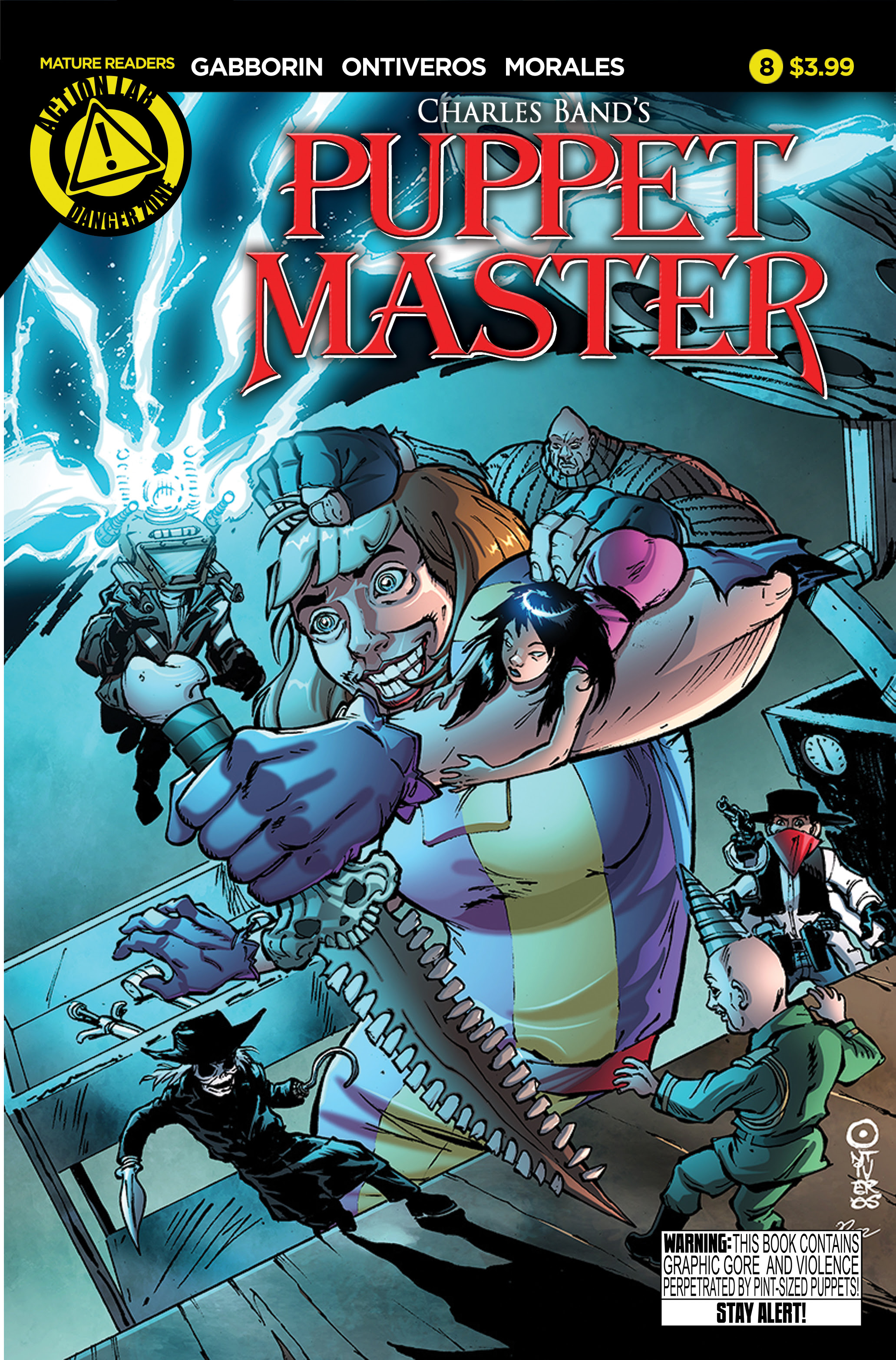 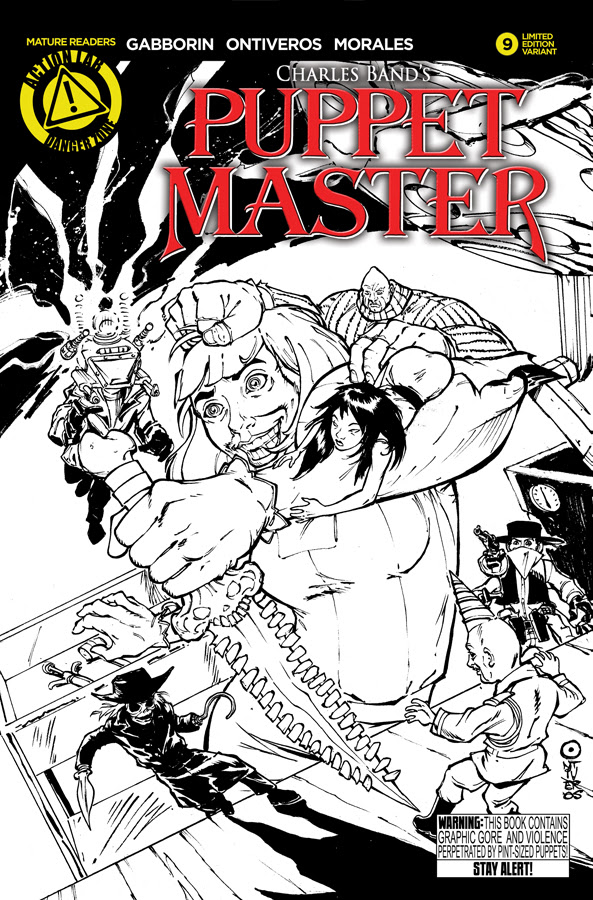 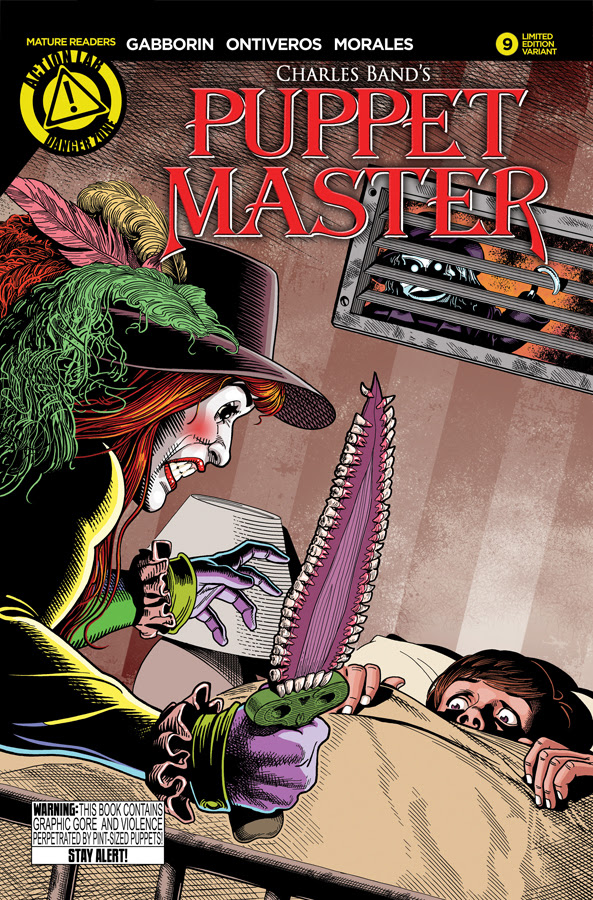 With the Puppets by his side, Anthony returns to the Bouldeston Institute intent on ending Camille’s reign of terror. Can they stop her before she takes another life? Meanwhile, the Puppets owe a debt to Anapa, and his Followers have come to collect. The first of the Seven Tasks is ready, and Leech Woman must answer the call.
Glenn Lumsden cover and sketch cover, limited to 2,000 copies each
32 pgs./ Mature Readers / FC                        $3.99 (reg.) / $4.99 (Var.) 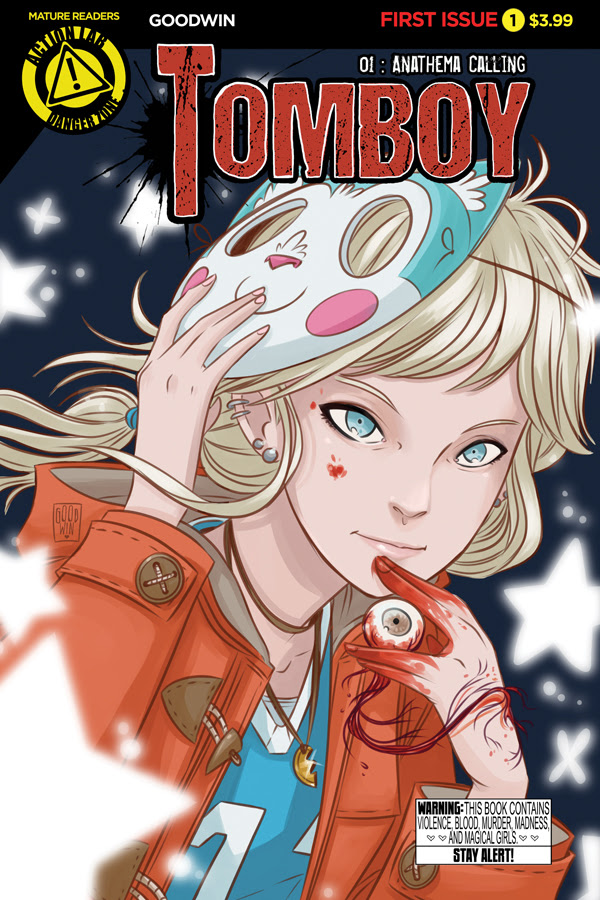 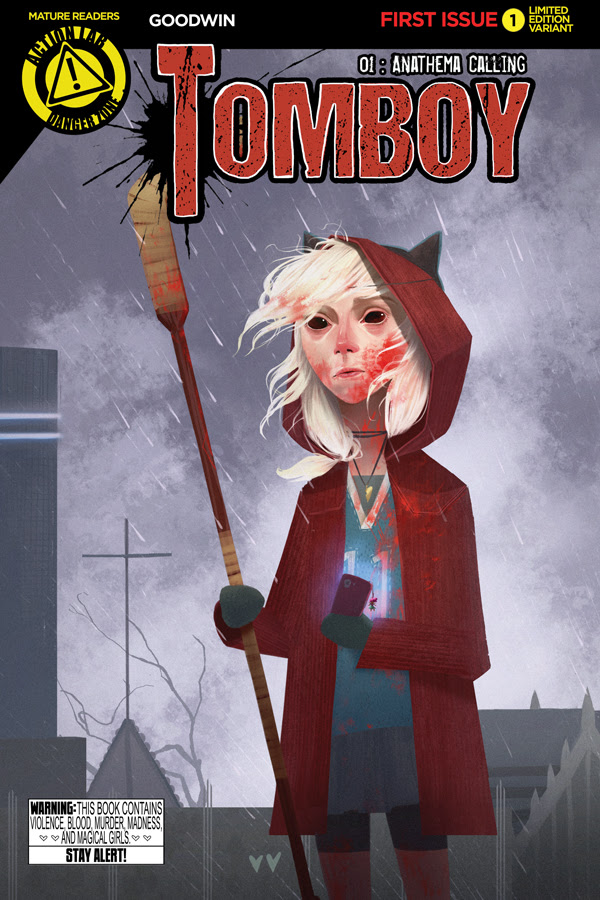 Synopsis: The death of a childhood friend sparks a series of events that lead Addison from teenage field hockey player to a murderer of criminals. There's no lack of targets for her in a city built on corruption, but payback doesn't come for free. Addison's reality begins to blur in the pursuit of vengeance and justice is used as justification to become a monster. 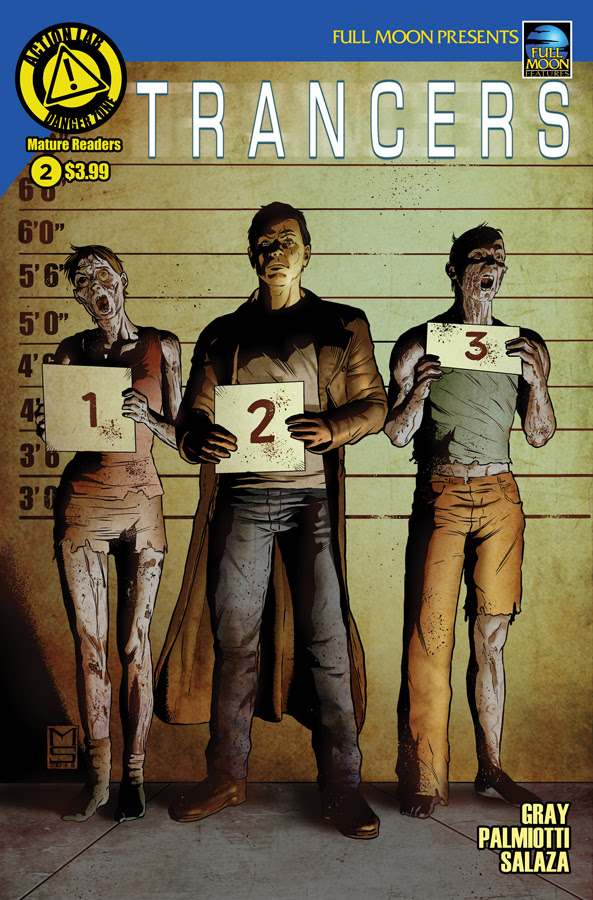 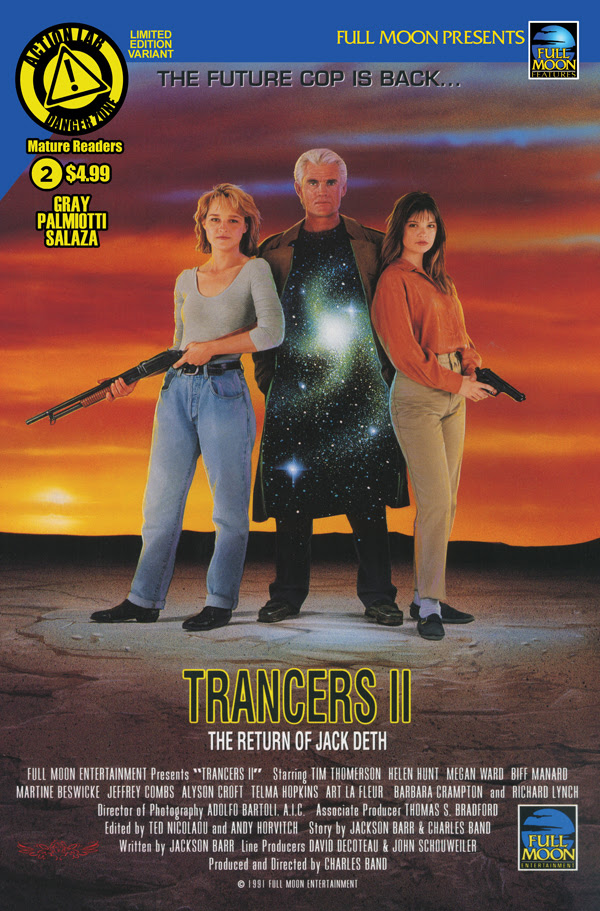 Trooper Jack Deth has been sent back in time to the year 1985 to hunt down the man that killed his wife, but he quickly finds himself on the wrong side of the law. Wanted for a murder he didn’t commit, Jack is thrown into a jail full of zombified trancers ready to tear him apart piece by piece. His only hope is in the hands of his future wife Lena.  Features a movie poster variant, limited to 2,000 copies. 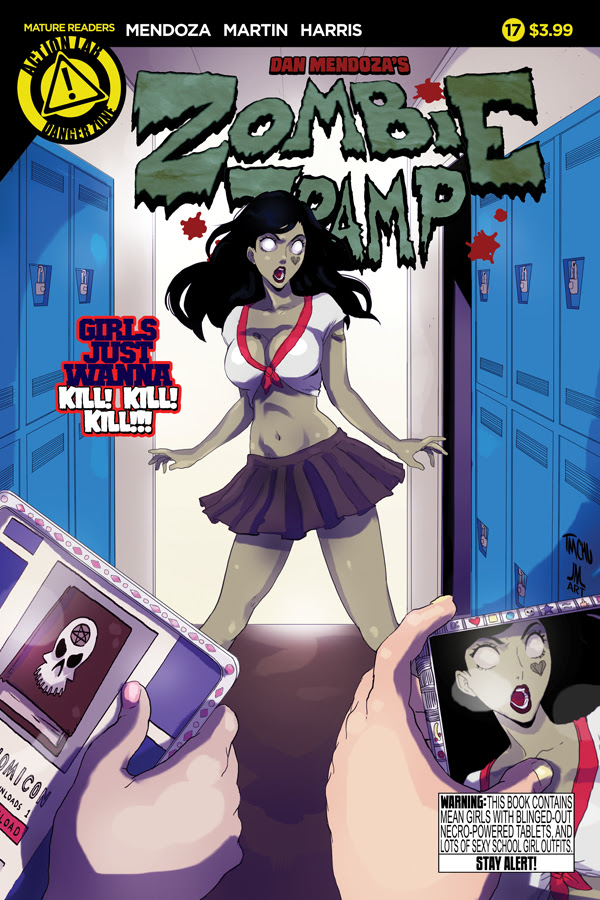 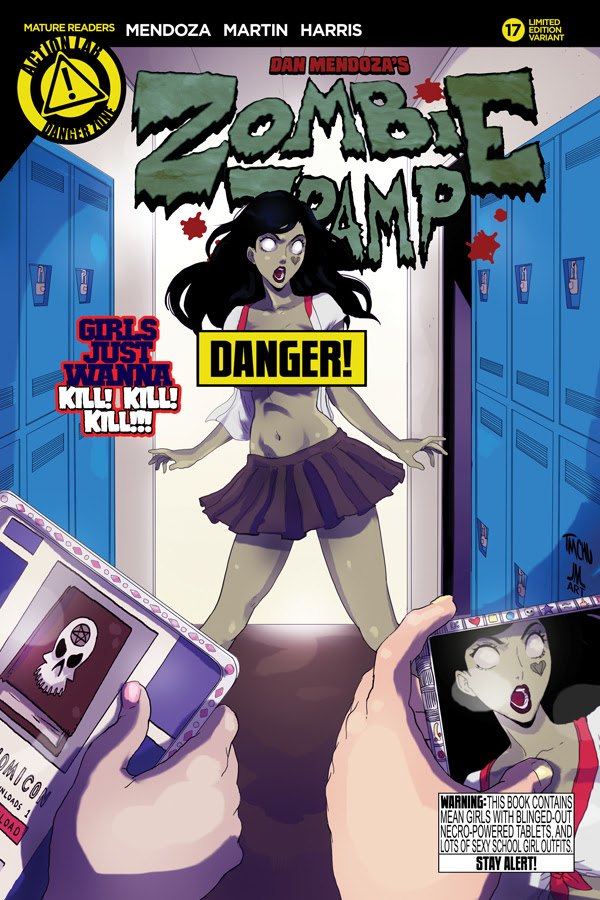 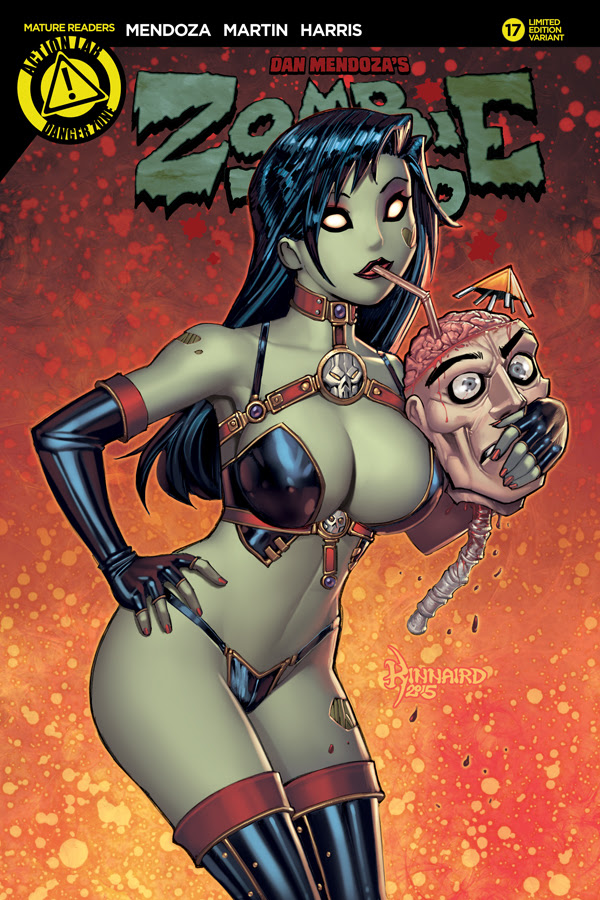 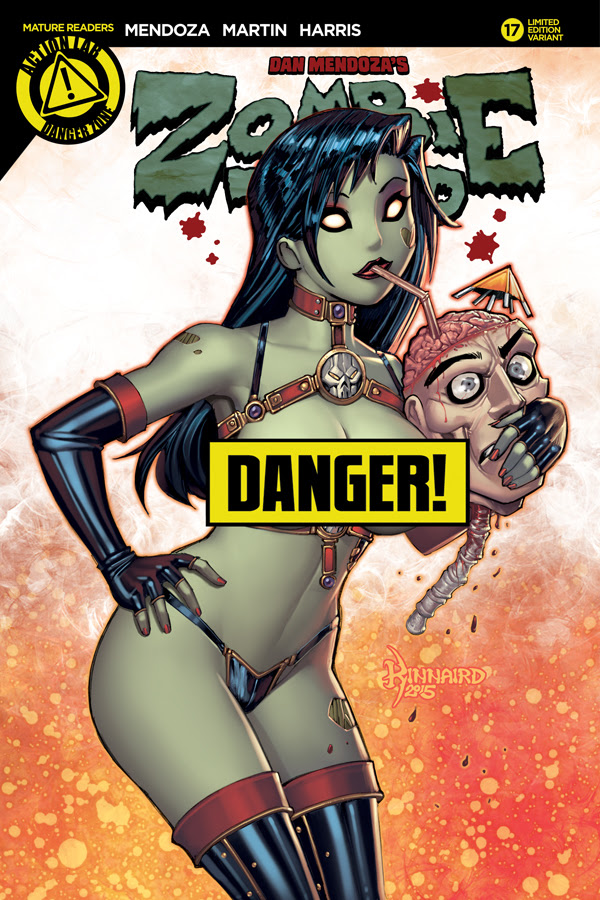 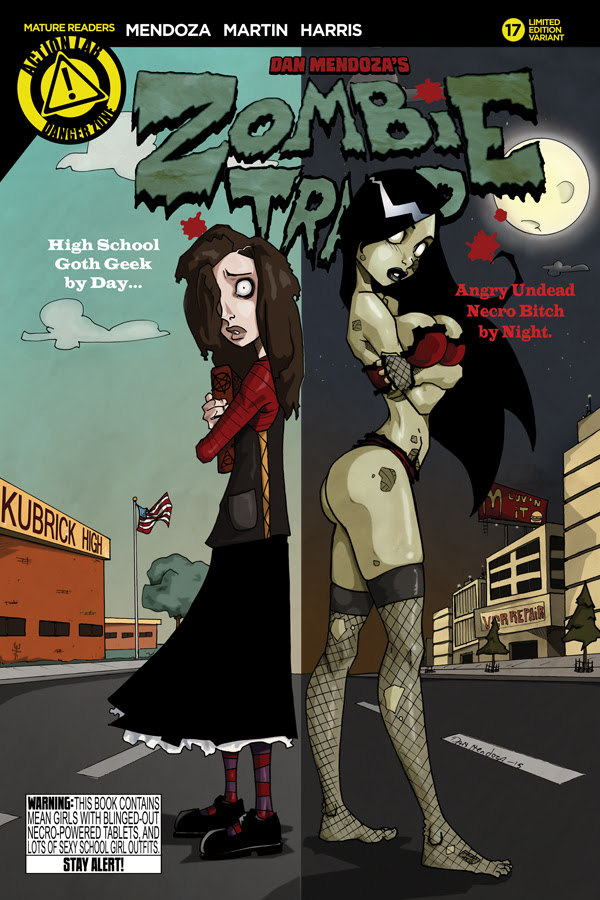 Janey witnesses a teenage goth geek girl tortured and murdered by four trendy mall rats. Not her problem.  But when she realizes the murderous click are using blinged-out iTablets to cast Necro-spells, she can’t let it slide. Follow this exciting story arc as Zombie Tramp returns to high school, Jumpstreet style, to solve the mystery of the iWitches!