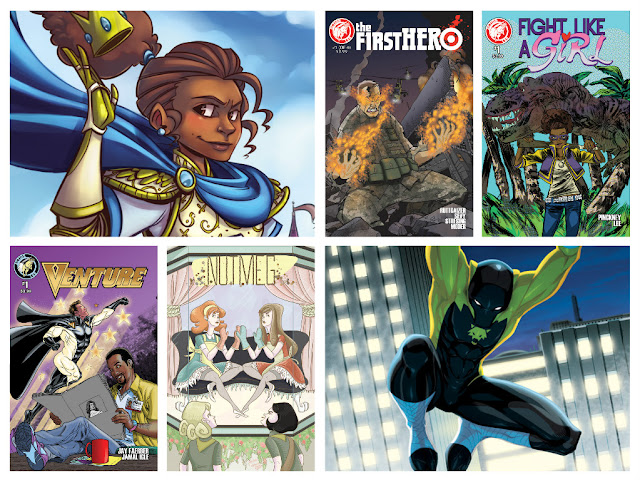 We’re well into Black History Month and Action lab Entertainment has announced in conjunction with Comixology.Com a week long celebration featuring free peeks at some of their titles featuring African American characters and creators. Starting on Monday, February 22nd, the following titles will be available, for free on Comixology: 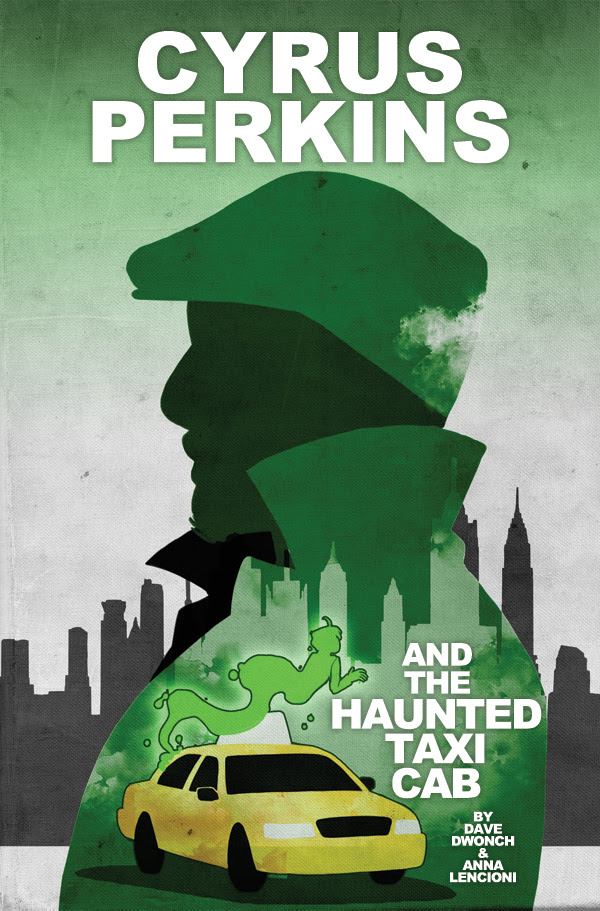 Cyrus Perkins and the Haunted Taxi Cab #1 by Dave Dwonch and Anna Lencioni
After a young boy dies in his taxi cab, Cyrus Perkins must solve the boy's murder... or be haunted by the spirit trapped in his car! 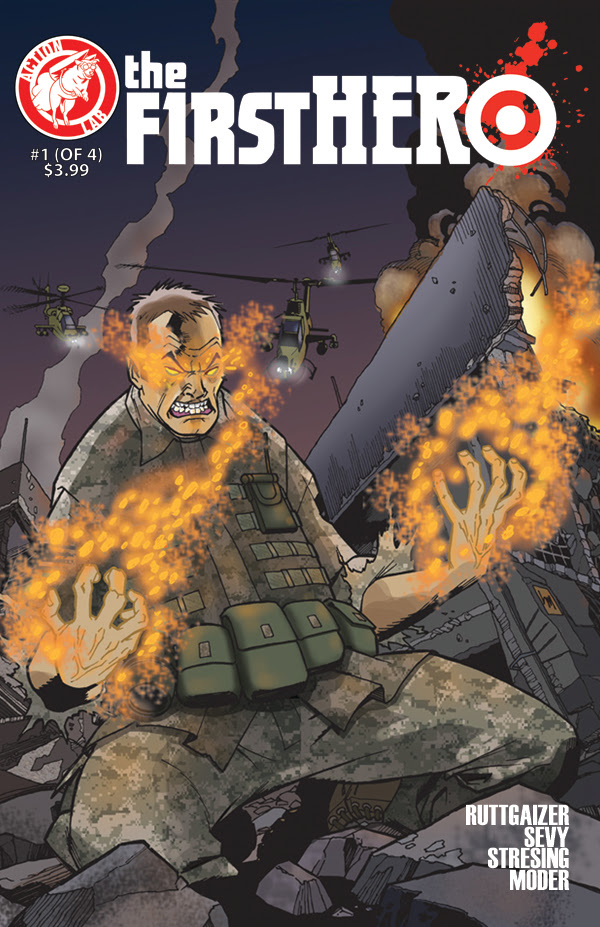 The F1rst Hero #1 by Anthony Ruttgaizer, Phillip Sevy and Fred C. Stressing
The entire world knows the stark reality: everyone who manifests superpowers goes
insane and becomes a threat to society. So, when Jake Roth develops superpowers but
somehow keeps his sanity, he must decide whether to put himself at risk by using his powers to help people or do nothing and save himself while innocent people around him get hurt. 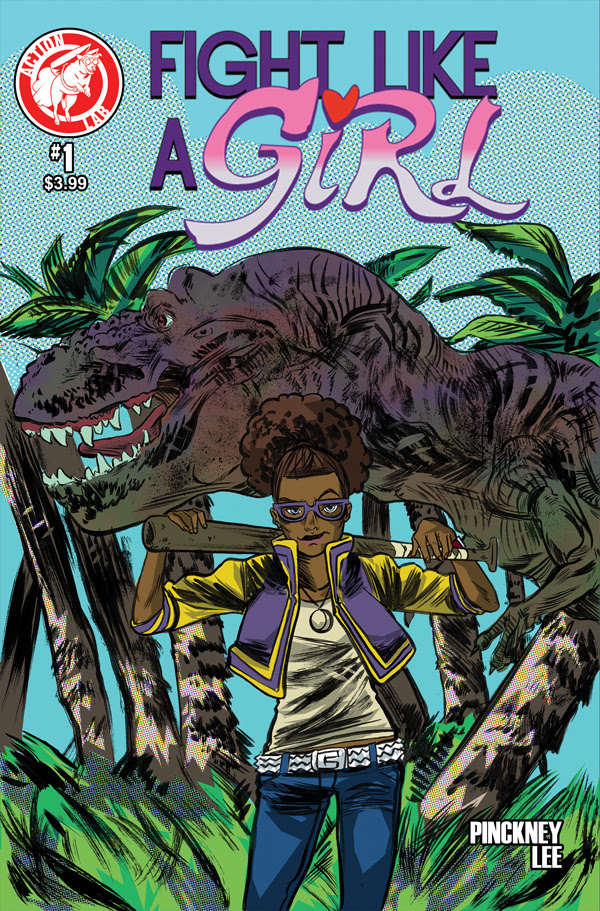 Fight Like A Girl #1 by David Pinckney and  Soo Lee
Standing before a jury of nine gods, Amarosa pleads for a chance to risk her life and gain entry to the Wishing Well where she will attempt to fight her way through and survive nine trials to claim her prize: a single wish that will save her terminally-ill brother.

Midnight Tiger #1 by Ray-Anthony Height and DeWayne Feenstra
Having lost all hope in the heroes of his world, fate steps in and gives young Gavin
Shaw the power to do the things they have not. Only as the teenage hero Midnight Tiger does his city have a chance at redemption. 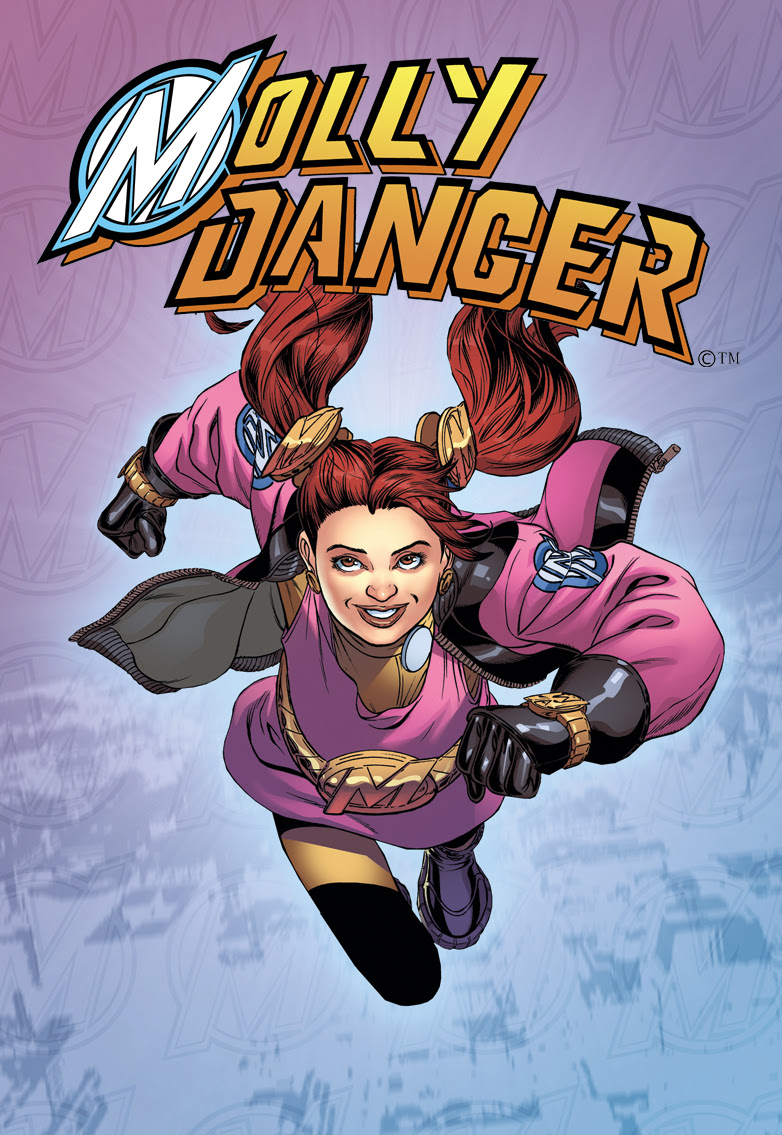 Molly Danger (Guided View) #1 by Jamal Igle, Juan Castro and Romulo Fajardo. jr
She's the hero you've been waiting for! Eternally child-like and inhumanly strong, Molly Danger has protected the citizens of the once sleepy town of Coopersville, New York for the past 20 years from the terror of the sinister Supermechs. But what secrets from her past threaten to destroy everything she holds dear when new D.A.R.T. recruit Austin Briggs becomes her pilot? 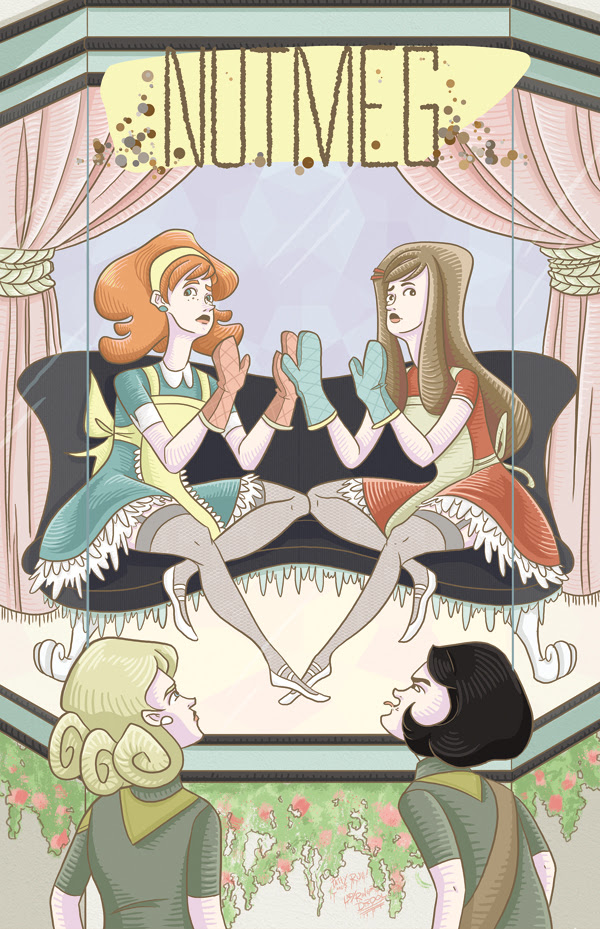 Nutmeg #1 by James F. Wright and Jackie Crofts
When two suburban junior high girls, Poppy Pepper and Cassia Caraway, through a twist of fate, prank a pompous rival they find themselves building a criminal empire with their irresistible brownies. 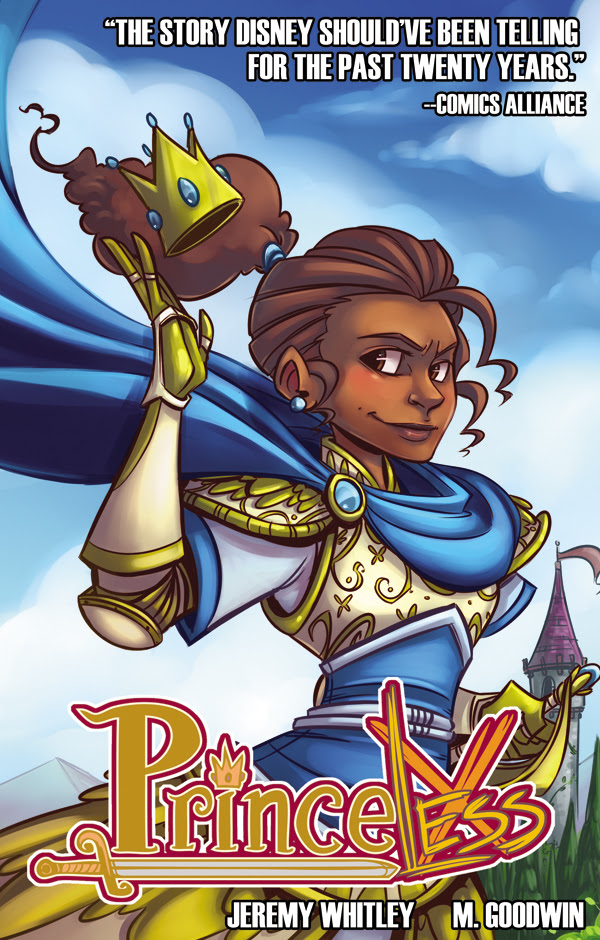 Princeless Vol. 1 #1 by Jeremy Whitley and M. Goodwin
Adrienne Ashe never wanted to be a princess. However, on the night of her 16th-birthday, her parents, the King and Queen, locked her away in a tower guarded by a dragon to await the rescue of some handsome prince. Now Adrienne has decided to take matters into her own hands! 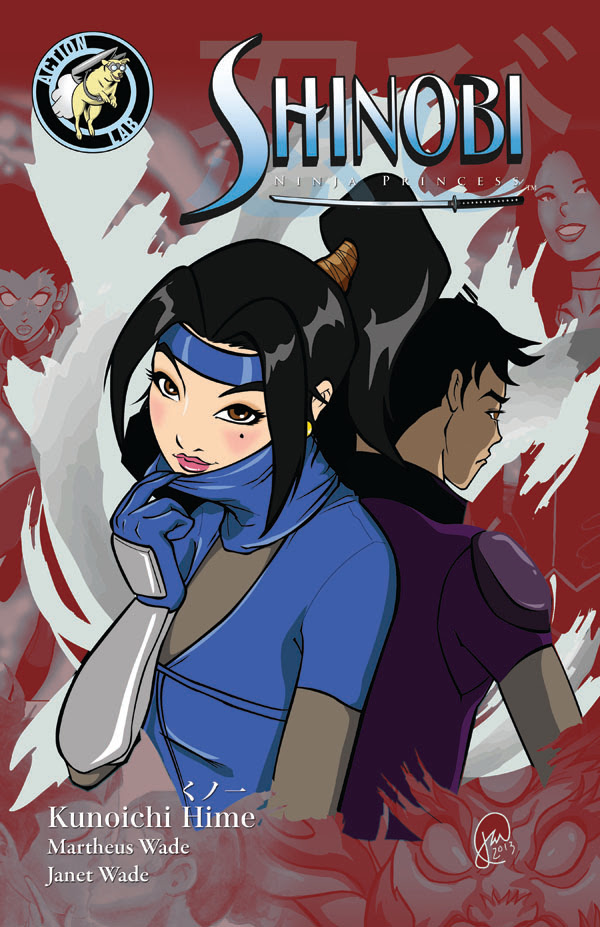 Shinobi: Ninja Princess #1 by Martheus Wade, Janet Wade and Adam Shaw
Shianndrea Toshigawa is just your average, ordinary ninja-in-training. On the run from the Azumi ninja clan, Shianndrea trains with the legendary Toshigawa clan to embrace the mysterious power within her, all the while, navigating the life of a teenage girl. Shinobi: Ninja Princess is 192 pages of martial arts action and all ages fun. These too books will also be part of the Scholastic Book Fair and available nationwide. 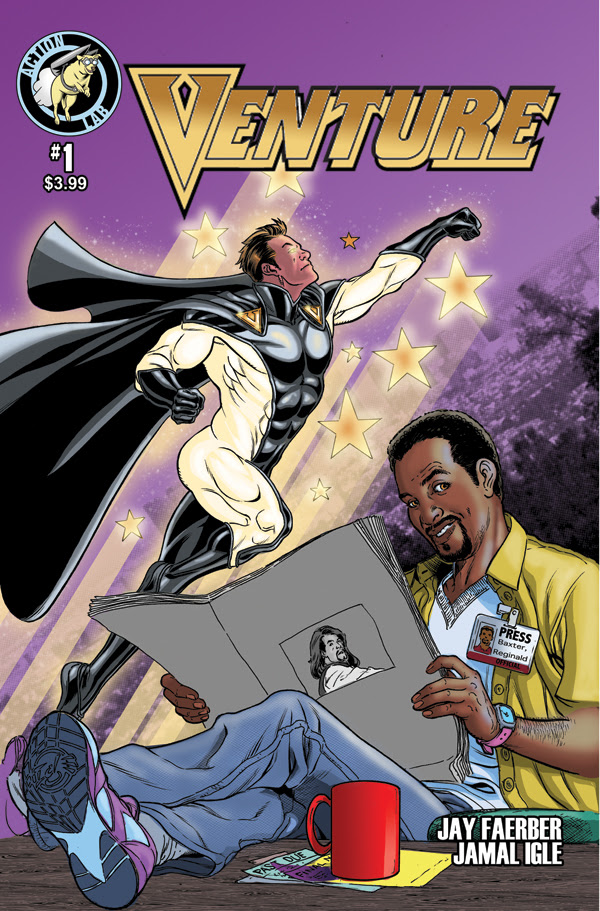 Down-on-his-luck reporter Reggie Baxter has stumbled onto one of the greatest secrets of all time...high school history teacher, Joe Campbell is the superpowered hero known as Venture! But who is Joe Campbell? And more importantly, how rich will Reggie become by blackmailing him?

Head over to Comixology.com for your free sample by using code: BCM-ActionLab and check out other Action Lab Entertainment titles that celebrate the diversity and inclusiveness of the comic book industry.
Email Post
Labels: Action Lab Black History Month comic books Comixology digital